While we are no experts, my husband and I have rendered lard two or three times per year for the past three years. I mainly use it in my homemade goat milk soaps. However, I also use it to cure my cast-iron pans and Dutch ovens. Considering I only use a cast-iron skillet, I use quite a bit of it for this purpose. There is always a tub of lard in my refrigerator! It also makes a killer pie crust and we love fried chicken fried in lard. Yum! I know there are some who say lard is bad for you, but have you ever seen the processing that goes in a tub of shortening or a jug of oil? Let’s just say there is nothing hydrogenated about my lard. 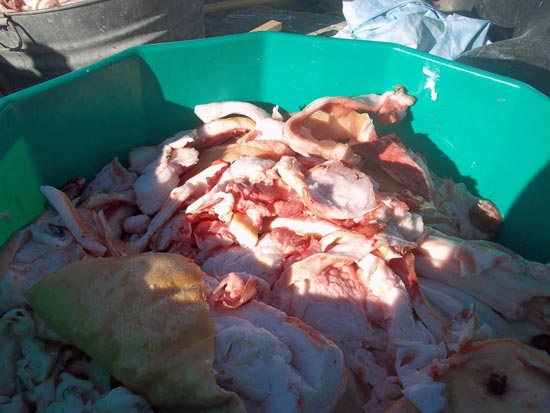 Large slabs of fat and skin. 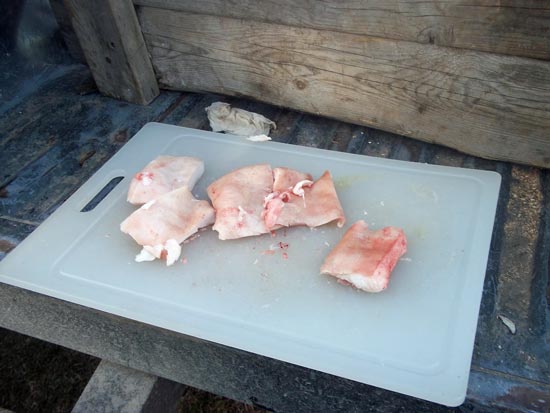 We started with two tubs of this size full of skin and fat from 12 scalded hogs. We then cut each piece into smaller more manageable pieces as shown above.

As for our cooking set up … we had a 25-gallon cast-iron kettle set on top of a 55-gallon metal barrel with a propane burner inside. We filled the kettle a quarter full with skin and fat. At this point you better have two or three people there to help stir! You stir for a long time. Stir until the fat has cooked down, and the rinds and cracklins are golden brown and floating at the top as shown. 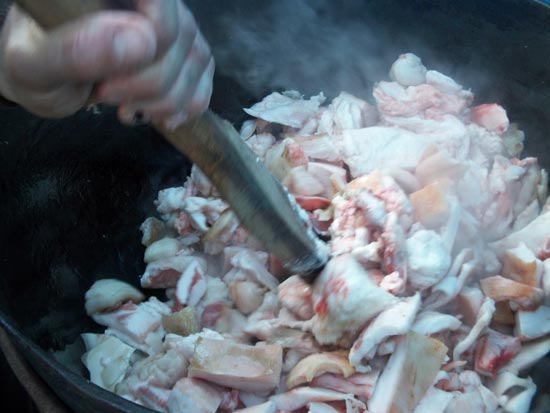 Skin and fat cooking in kettle. 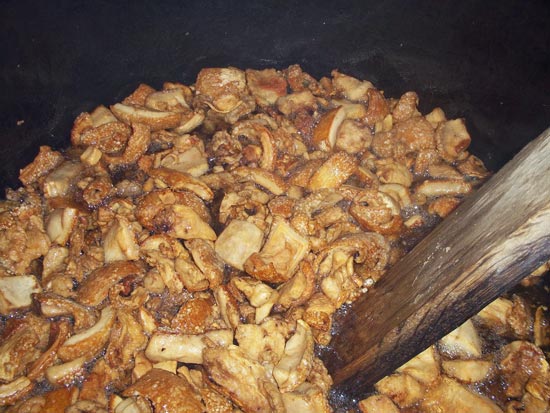 The golden cracklins floating atop the lard.

We have done the next step two different ways. I think the cleanest (if there is such a thing in rendering lard) way is to use a lard cone. It is an aluminum cone-shaped colander with a wooden cone that fits inside to press the remaining lard from the rinds. If you do not have access to one of these, we have also used a regular metal colander lined with cheesecloth to strain the lard off the rinds. We use a quart-size metal pot to dip the lard and rinds from the kettle and into the colander. We then put the lard in large stock pots to cool. We did the same for the cracklins. 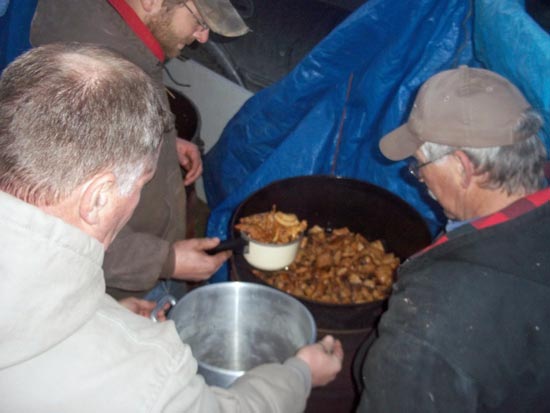 Dipping the cracklins and lard from the kettle.

It takes about an hour to an hour and a half for the lard to cool to the point that you can transfer it to a plastic container you can freeze it in. Once transferred, we let it sit out overnight and harden. The lard will turn white and any bits that made it past the colander will settle to the bottom.

As for the cracklins, we bag them up in gallon baggies. You can do whatever you like with them. We give them away to whoever will take them. As for our family we do not care much for them but our dogs sure love them! 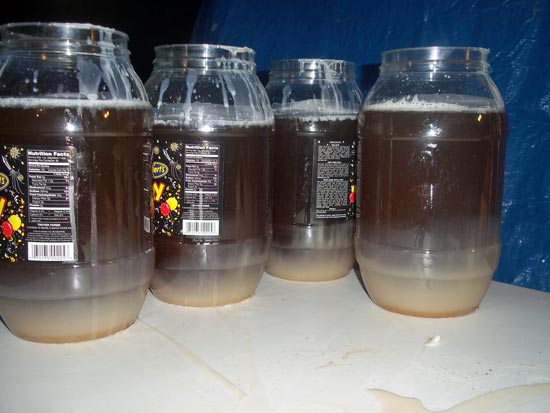 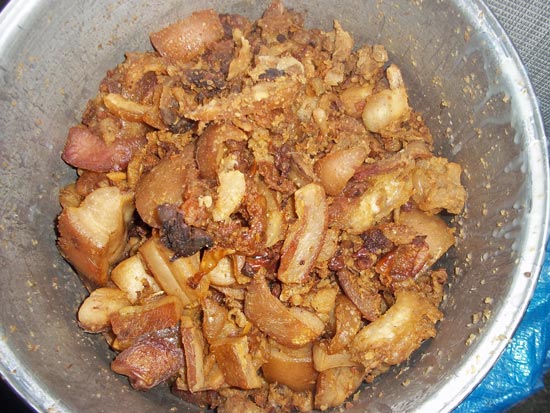 We had to repeat this process four or five times, and it took about five hours. Well worth our time and effort considering we were able to freeze 110 pounds of fresh lard.

I would love to hear any tips or tricks you may have for rendering lard or what you use lard for.

A biography of Krystal