Riding the Rails: Transients Were Fed During the Depression Era

As the months of the Depression era continued, more and more of the unemployed men of the country began to ride the rails looking for work or simply to keep moving. Lunchtime became a problem for them and that’s when our family began sharing sandwiches and coffee with the “railroad burns.”

Several times a week during warm weather we would hear a knock on the door with the plea, “Lady, could you spare a little food?” My mother usually said, “All we have is fried egg sandwiches.” But that excuse turned no one away, and the transient was soon served an egg sandwich and coffee in his own tin cup, handed out to him.

We began to wonder why we had so many customers. We learned that the riders had a system of marking those houses which were good for a handout. We were one of the marked ones, and though we looked on fence posts and trees and the sidewalks for some telltale marks, we never found any.

Usually only one or two men came for food, but one summer day we found ourselves with a yard full of transients. While my mother frantically fried eggs to put on homemade bread, my father was outside holding the floor on the state-of-the-nation. They had to listen. I thought it was a fair trade.

Though most of the men needed a shave or a bath or cleaner clothes, none of them lacked the ability to say, “Thank you.” 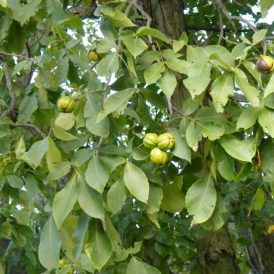 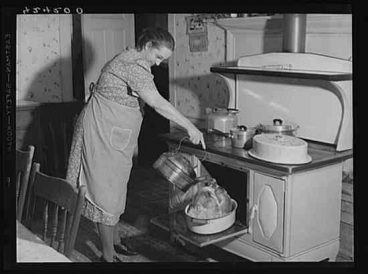 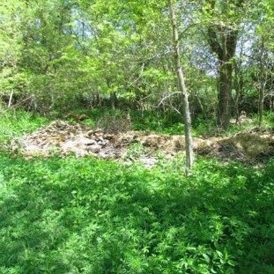