I am amazed how things have changed over the years. Have you ever thought about that? Starting out in kindergarten, my generation never had tablets, laptops, Ipods or Android devices. I never even heard of the internet. I never used a desktop computer until I was in high school and that was few and far between. Now, I have an Ipod that I use for Flickr and Instagram, and use a computer daily for the past six years to check email.

How about your toaster? My first job after graduating high school was at a factory that made toasters. I worked there for a little over five years before the plant closed and sent the jobs and equipment to China. The toasters that I helped assemble look nothing like the ones from the “good old days”!

I remember one that my step dad used to use. You put it on top of a gas burner. Then you had to turn the bread by hand to toast it on the other side, being careful to not burn your fingers. His newest toaster is a Westinghouse model made in 1914. Yes, believe it or not, it still has the original electric cord. It still works! I can’t believe that he paid three dollars for something that old and it still works. I wonder how many of the ones that I made on the assembly line will still be working a century from now.

Does anyone still use a landline? That’s another big change for me. As a kid, I never really knew about cell phones, even though they did exist. They were bigger and bulkier, so not everyone had them. I’m old enough to remember the home phone being a rotary phone. I really thought that it was a big deal to get a home phone with push buttons. In a way, I’m still behind the times in the sense that even though I haven’t used a landline in years, I still use a flip phone. I’ll put away that one someday and upgrade to a smartphone. Not today, but someday! 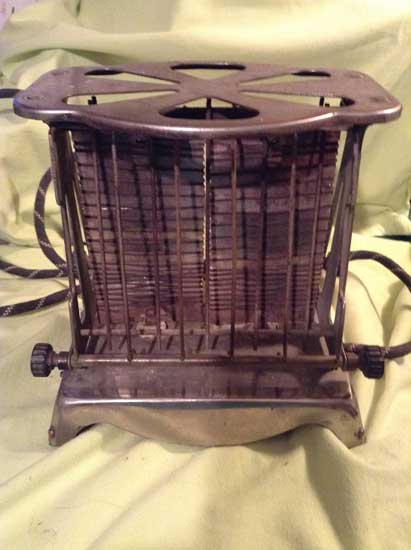