In my early grade school days, and even sometimes when teaching in the ’20s, youngsters came to school with NEVER a handkerchief or even a rag.

As young ladies, a fine linen handkerchief was the final touch to our attire as we prepared to “step out” with our “beaus” …or to go to church.

Handkerchiefs were always white. We could buy regular handkerchief linen by the yard. A yard would make nine. They could be hand hemstitched or roll stitched, all embroidered and with either crocheted or tatted lace edging. 50 elegant!

Ready made handkerchiefs could be purchased for five or ten cents – up to 25 cents for a real nice linen one.

For everyday use men and boys carried huge red or blue figured handkerchiefs – used nowadays for headgear, neck scarves, decorations of all kinds – everything except to blow your nose on.

During the Depression we even made everyday men’s handkerchiefs out of salt sacks, the tails of old white shirts (when we didn’t have so much as a dime or a nickel to buy them) and a soft old undershirt tail was just the thing to take to bed with you if you had a bad cold!

Muriel Razor
Wadesville, Indiana
(Editor’s Note: Mrs. Razor passed away in January, 1993. Her letter was submitted in her memory by Myron D. Razor.)

Growing Up in Iowa, Across Generations

I interviewed my dad and myself to show the differences of how we grew up in rural Iowa. 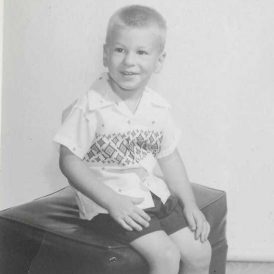 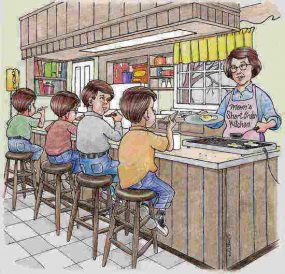 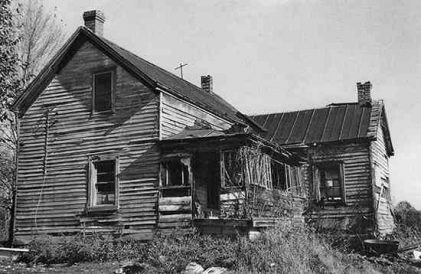