It was quite a day during one fall day in the early 1980s when my Grandpa Roe had a Massey Ferguson combine delivered to the farm. One of grandpa’s older brothers, Glen, stopped by to look over the new purchase soon after it arrived.

I couldn’t have been much older than five or six at the time and felt like a tiny elf standing there looking at this monster machine with my uncle. In fact, I was so leery of it to begin with, Uncle Glen had to carry me up the ladder so I could sit on Grandpa’s lap in the cab. Grandpa would spend the next decade in the fields on his farm and his neighbors farms with this machine combining soybeans. 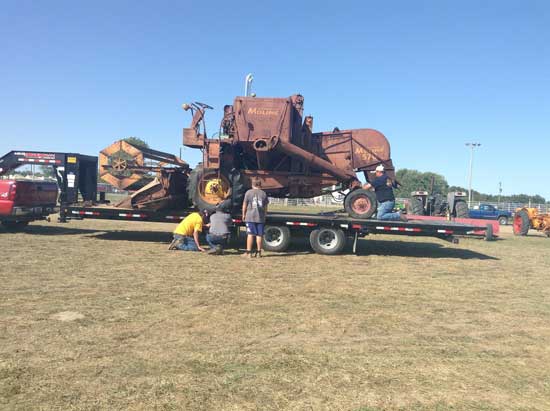 Up until I was 21, I took the cab on that Massey Ferguson combine for granted. It kept Grandpa out of the elements and dust out of his face. Up until my first tractor show as an exhibitor, I didn’t know that farming in the old days meant that the combine had no cab at all on it.

Farm tractors and combines have come a long way. The new ones come with GPS, air conditioning and a whole lot of gadgets! Even though my grandpa’s combine had a cab, I don’t think he ever thought about one with air conditioning way back in 1980. He was just happy to have the dust out of his face and eyes. As my step dad pointed out not too long ago about the modern farmer: 1. Now you can drive your new equipment in the fields without ever being in it thanks to GPS and remote controls, and 2. He’s baffled by the farmer that steps out of the cab of his tractor or combine wearing a Hawaiian shirt, Bermuda shorts and sneakers. Maybe in Hawaii, but in Missouri? 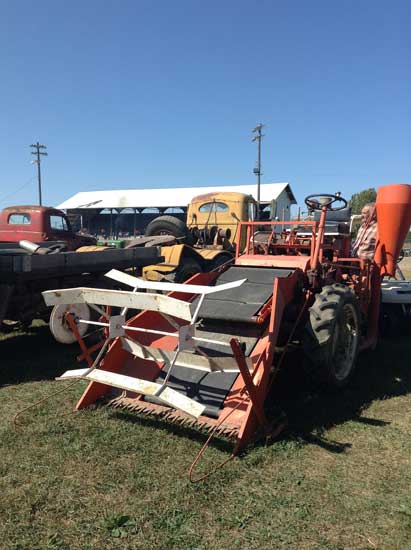 Another combine at the 2015 NEMO Old Threshers Show. I was told that it was used for experimental farming.

You may find very few people today that know what it is like to combine corn and soybeans with an “open air” combine. Just thinking about driving one of those all day in a field with the dust and chaff, noise and the sun beating down on you makes me sweat. It took quite a person to do that job back in the good old days. If you come across one, pat them on the back and buy him or her a drink. He or she has earned their keep!

Farm Machinery: Then and Now

A short dissertation on the differences between modern farming machinery and the ones my grandfather used. 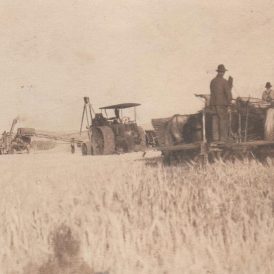