As I post this blog for you to read, Labor Day weekend is well behind us. The tractor shows that I go to are done for another year. Kids are back in school. With the end of 2016 inching a little bit closer, fall has come to signal that my favorite holiday is near: Halloween.

Halloween has always been my favorite holiday, the 4th of July a close second. I’ve always loved dressing up in costume — ghost, witch, hippie, farmer, or whatever I could come up with. While working at a couple different retail jobs as an adult, being able to dress up for Halloween was a nice break from having to wear the typical, everyday, “store employee” uniform.

For several years, I decorated my front yard for Halloween. It usually consisted of three dummies: a witch, a scarecrow, and a spider on one or two of the antique tractors that my step dad and I have. Some purple and orange lights, garlands of fall leaves, and other decorations were included. I enjoyed doing it every year. As things go, decorations get worn out, lost, or damaged, so I’ve put that tradition on hold until I can afford new stuff.

One year, I put the spider dummy in the tractor seat of the Farmall F-20. The scarecrow and the witch were sitting on square bales of hay behind the tractor. This was the year that I had a stray cat named Slick living on the property. He was a friendly cat with shiny black fur that made him look so slick and shiny. He took to those hay bales as soon as I came home with them and spent most of his time curled up between the scarecrow and witch, sound asleep. Sometimes he even curled up on their laps. Slick managed to startle several drivers when he moved. They didn’t realize that he was real!

The pictures that I took of the various Halloween displays that I’ve put in the yard have been misplaced. At least I have the memories. Those are memories that can put a smile on my face. 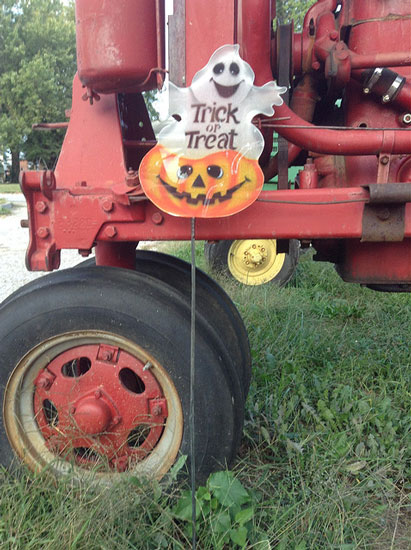 Say “good-bye” to summer as we near the end of August. Fall is just around the corner, it’s almost time to get started on some seasonal fall traditions. 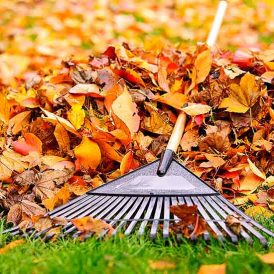 Fall is near and it’s time to celebrate the changing of the season. 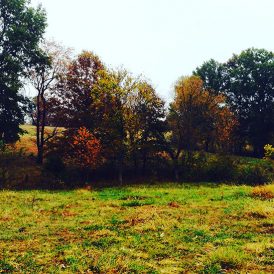 Fall is in the air! Embrace the season with this easy-to-make crumb cake. 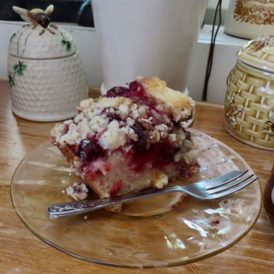