Happy to Be Irish

Welcome March! It’s time for me to go to the grocery store and stock up on corned beef and cabbage. St. Patrick’s Day is March 17th!

It doesn’t matter who you are, everyone seems to get into being Irish for a day during this time of year. Green beer, green rivers, green stuff to wear, the St. Patrick’s Day Parade … thank goodness that it falls on a Saturday this year. For me, Irish for a day doesn’t apply. I have some of my ancestors that came to America from Ireland, so I’m lucky enough to be Irish all year long!

With the holiday just around the corner, let me take the moment to share some trivia that I’ve managed to find online:

Harry Truman was the first President to attend a St. Patrick’s Day parade in 1948.

Popular folklore is that St. Patrick drove all the snakes out of Ireland. The truth is that Ireland is a little too cold for snakes.

The original color associated with St. Patrick is blue, not green.

Did you know that, for a while, St. Patrick’s Day in Ireland was a dry holiday? It was considered a religious holiday from 1903 to 1970. That meant that the pubs had to be closed for a day. In 1970, St. Patrick’s Day was reclassified as a National Holiday. With that being done, the pubs were able to be open for business.

Then there’s my home state of Missouri. What does it have in common with Ireland? It’s the only state (or at least the only one that I know of) that has a town named St. Patrick. St. Patrick, MO and the Shrine of St. Patrick is located in northeast Missouri. The shrine is on grounds that were originally purchased for the town church back in the 1830s. In 1936, Father Francis O’Duignan began raising money for the shrine. He was able to raise the money by sending a letter to people all across the country with Irish last names if they would like to have a letter stamped with the town’s postmark along with a contribution. Once the money was raised, the Shrine of St. Patrick was built, and it was dedicated in 1957. Sixty years later, the shrine is still there. I do believe people still come to the shrine as it is a nice attraction, especially on St. Patrick’s Day.

So go out on March 17th, be Irish for a day, and celebrate this year. Erin go Bragh! 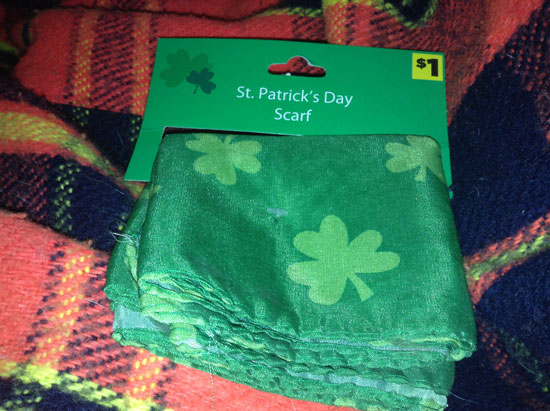 Simple, straightforward tips for converting your landscape into a haven for clients, passersby, and wildlife by making it more eco-friendly.