Man Travels to Land of Opportunity

My father’s future in his home country was not bright. He had an older brother who would get the “home place.” After working on a river in Germany for five years, he decided to leave home and travel to the land of opportunity in America. In 1927, my father came to America to be a hired man for a farmer at Tilden, Nebraska. The farmer, whose sister lived in my father’s neighborhood, had asked for two men from the community to come and work for him. There were two tickets to get them to America. My father took the chance at the age of 23. He worked for the farmer to payoff his trip on the ship. Then he worked for various other farmers.

After working for three years, he wrote to ask the girl he left behind to come and marry him, and they would start farming on their own rented farm. The remaining ticket was used for her to come. They were married on April 11, 1930, and started farming.

The following March their first daughter was born. This was in the 1930s, when times were probably as hard as they ever were, with low prices and drought doing battle against the farmer.

A little more than a year later a second daughter was born; that was me. After four more daughters they had a son.

My parents were thrifty, as most people were at the time. Their friends were couples who had come from their neighborhood in Germany. Some had attended the same school or lived nearby. We had parties together and a picnic every summer with these people.

Both of my parents worked very hard. My mother passed away at the age of 57. My father lived until he was 87.

When he entered the nursing home he was to give a story of his life. He said he came to America to make a fortune for himself. He did indeed. He owned 600 acres debt free and had CDs in the bank.

He had six daughters and a son, all of whom married. Together they gave him a total of 22 grandchildren.

Back in 1955 a call went out from the editors of the then CAPPER’s Weekly asking for readers to send in articles on true pioneers. Hundreds of letters came pouring in from early settlers and their children, many now in their 80s and 90s, and from grandchildren of settlers, all with tales to tell. So many articles were received that a decision was made to create a book, and in 1956, the first My Folks title – My Folks Came in a Covered Wagon – hit the shelves. Nine other books have since been published in the My Folks series, all filled to the brim with true tales from CAPPER’s readers, and we are proud to make those stories available to our growing online community. 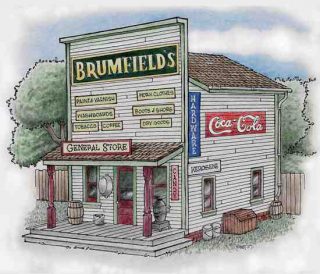 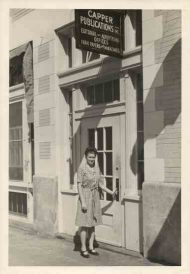 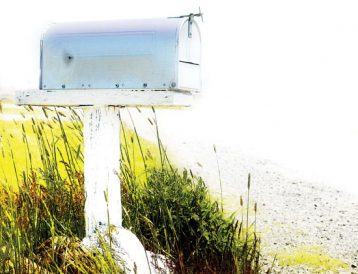