(Continuing our story of the farm.) 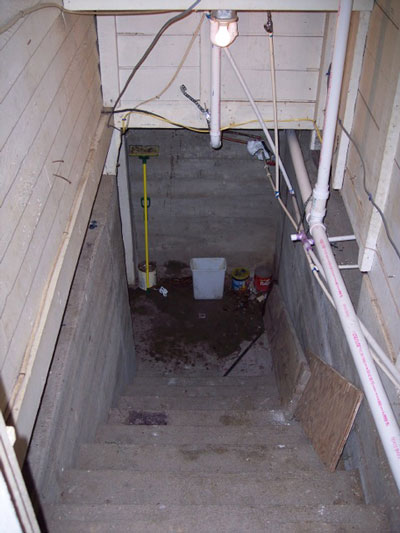 This is the view as we entered, and it stunk.

The first thing we noticed was some rather nice stuffed furniture, ruined now, because of the mildew and stench. Next, there was an old hot water heater lying on the floor. Really? Do people actually install something new and then just leave the old lying on the floor forever? 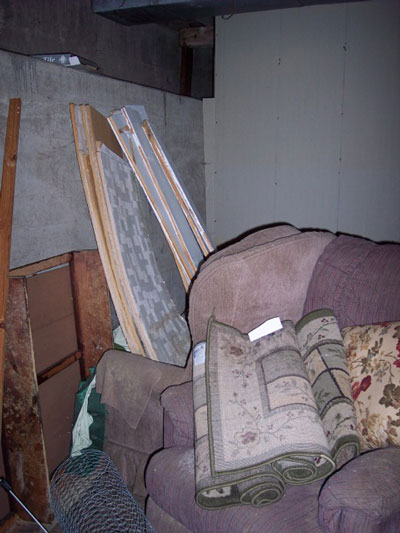 Several pieces of furniture were left here to ruin.

There was junk, junk, and more junk. And water. Again, I don’t know why we didn’t decide this was just too awful and leave.

We visited the farm twice, and the next time we came, we owned it. It was during an April 4th, 2009 ice storm which was a good thing, as we were forced to stay in and clean the house before beginning the fun work outside.

The guys, Larry and our son, Todd, headed for the basement. They felt sorry for me because I had to work alone. I certainly hadn’t signed up for more housework, but then, nothing like cleaning every crack and corner to get acquainted with a strange house. Anyway, I had never cleaned a house before with dead flies and mouse turds!

I could hear my men talking through the floor boards and it wasn’t easy for them, either, as they grunted and groaned while carrying one heavy thing after another up the steps and out through the freezing rain to a designated place for junk. Besides the hot water heater filled with years of sediment, they dismantled an old, heavy International Harvester chest freezer and barely got it up the stairs. One, two, three, lift, on every step. Then came an ancient coal furnace. What a monster. Taken apart, piece by piece, it was still difficult to get out. “All grunt work,” as Larry says. 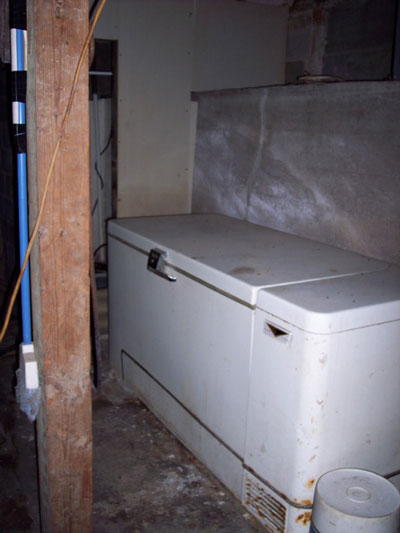 An International Harvester freezer with a unit on the side to hold the compressor, etc. 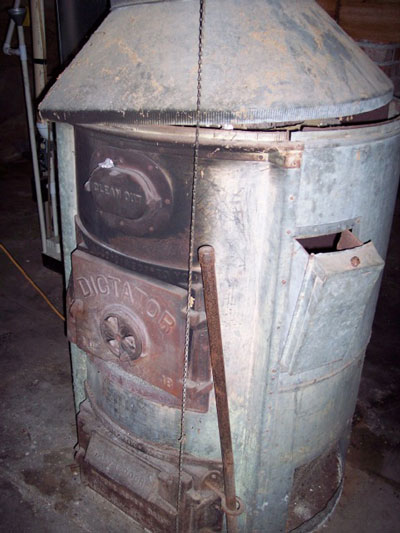 A monster of an ancient coal furnace. 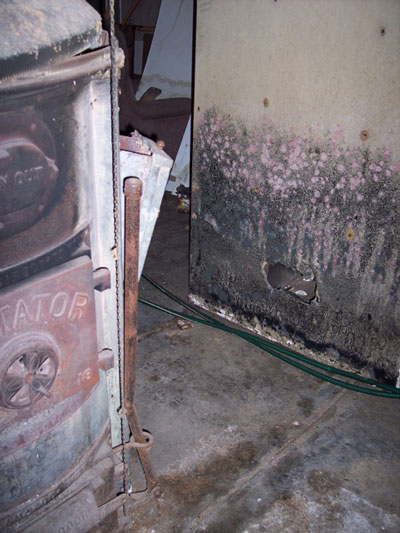 A painting done by mold on the outside of a disgusting shower. A field of wildflowers, perhaps?

They also took out all the large items such as the ruined furniture. When finished, they claimed it was fun! Cleaning the rest of the debris would be another weekend’s work, and then we would return with bleach and tackle the mold. 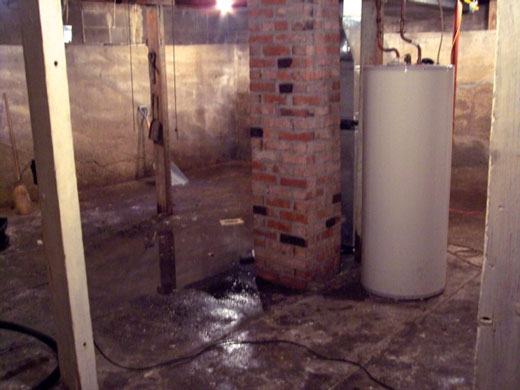 An empty basement just cleansed with bleach and water.

Water On Floor: My smart husband solved the water problem by installing eaves troughs and downspouts on two sides of the house.

Shower: Todd took out the shower and did an amazing job of filling in the gaping hole where the water drained into the ground under the basement floor. He installed a sump pump housing and cemented it in. A fantastic job.

Mice: We keep the door to the basement closed so no mice can get upstairs. There is still an area where they can get into the basement that we would like to fix someday. In the meantime, we keep the mice well fed, if you know what I mean, and rarely see any.

Usage: There are two tool benches and walls lined with shelving holding all kinds of things including beautiful jars of canned produce.

Odor: I wish I could say that it is gone, but not completely. I think the ceiling boards have absorbed it. The upstairs definitely smells like an old house. The best remedy I know is to keep good things cooking all the time so the house smells delicious! When we return to the city, we notice that our clothing has picked up a little “old house” odor. We have joked that if we ever move there, we will be the couple at the Senior Citizen’s events that smell like they could use a bath. Really, though, it is not that bad!

On a side note, here’s an interesting piece of history about our little basement: People actually used to go to this basement to vote!

A House With History

It was a house that most women would run from, but somehow, I was blind to the mess. 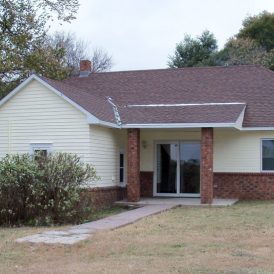