Importance of Hidey Holes On Farmsteads

I am sitting here watching all the Yellow Jackets outside our windows and I remember wondering last winter if the bugs would be worse this summer because we did not get cold enough up here to kill them off. Guess what? That is exactly what happened. We have had the worst year for Yellow Jackets and Wasps in ages – plus they are meaner than ever. I have been stung twice, and my husband has even had them chase him down and sting him on the riding lawn mower, my dog has been stung two or three times. The first time was up by her eye and her eyelid swelled shut and we had to take her to the vet. They are nasty this year! 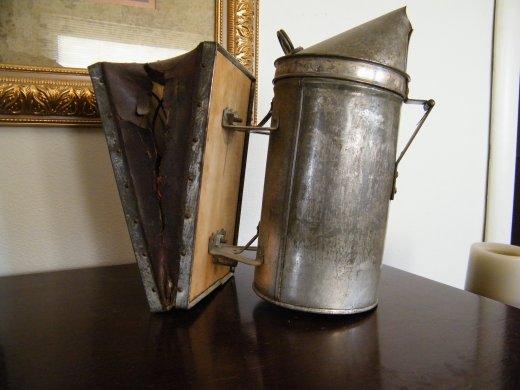 Knowing how ill tempered Yellow Jackets can get makes me wonder how in the world people ever used this old smoker. I mean, they had to have something in there to produce the smoke. And that meant it was going to be hot. Plus, they were probably using this in the summer time when it was already hot. A couple of questions here, now. What if the wind turned and blew the smoke into your face instead of the bees? No fun there! And, these Yellow Jackets are smart. They have probably figured out where all that smoke is coming from and are now after you. (That is how I got stung the second time. They knew who was spraying the hive with that smelly insecticide!) Could you outrun a bunch of angry wasps? But, this was the technology of the day. 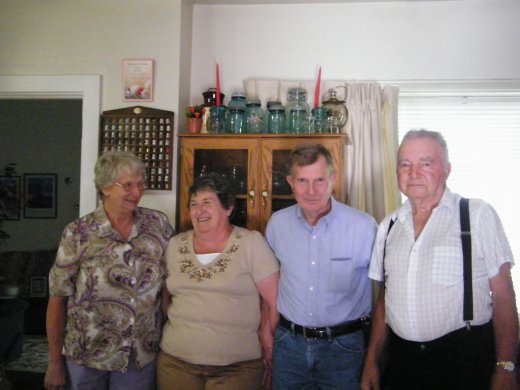 This photo shows my cousins May and Sally (first and second from the left, respectively) and Sally’s husband, Larry and last, but not least is May’s husband, Bill. This particular bee smoker belonged to Larry’s grandfather. (Larry is the guy third from the left.) We get a good idea how old this particular piece of equipment is now, since Larry is almost 80. (Hopefully that didn’t sound as bad as I think it did.) Larry’s grandparents moved up here to the Moscow, Idaho area in 1909, and when Larry graduated from high school his parents moved up here from Pomeroy, Washington. When they moved here they purchased an old farm and worked the land like most everybody else. After Larry’s grandparents and father had passed away, his brother came up to do some work on the old house for their mother. Larry and Sally finished up the new sheetrock and Larry’s brother and wife helped sand the drywall joints. Needless to say that makes a huge mess.

Sally, and everybody, was cleaning up the dust from the sanding one day and Sally got to the point where she was wiping the dust off the staircase going upstairs. Every time she tried to clean this one step it would move. Being the inquisitive person she is, Sally pulled on the stair and the top slid out revealing a hidey hole just big enough to hold a twenty pound bag of sugar. As it turns out, during World War II when the country was going through all the rationing, the farmers got pretty ingenious when it came to hiding their stuff. It was not uncommon to find hidey holes such as this because the military would make routine searches, especially during canning season, and they would confiscate sugar and other valuable commodities from the people. Not wanting their stuff taken, especially sugar as it was quite expensive, the farmers hid it. In this case the hidey hole didn’t hold any sugar, but it did have Larry’s grandfather’s bee smoker in it. That was an extraordinary find in itself!

An Old Relic in the Modern World

Technology keeps getting more modern, but the old stuff is still around. 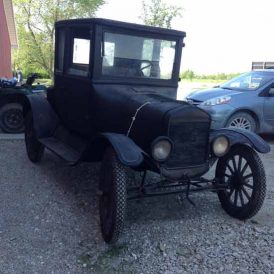 A Love for Trucks 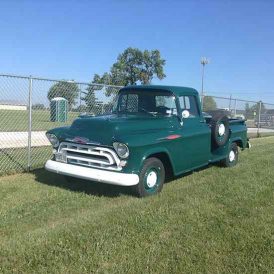 A short history of a few Red Currant bushes at the ranch where my husband and I live. 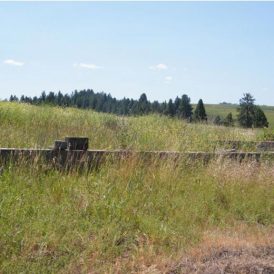