I don’t know how my grandmother did it. Every summer as a child, part of my summer vacation was the same. It would be spent in her kitchen, while she stood over a hot stove for days on end canning fruits and vegetables.

This was back in the early 1980s up through the early 1990s, back before my grandparents had central air conditioning. In fact, they didn’t have a window air conditioner either. The temperature in the house was alright in the early morning. After a while, the windows would be open and all the fans would be going full blast. Sometimes the best relief was spent in the basement, which always felt cooler than the main floor.

A lot of what came out of the garden was canned by Grandma. Green beans, tomatoes and corn. Sometimes someone would have an over abundance of gooseberries or peaches, and they would share with my grandparents. Grandma would put those in a plastic container and freeze those. One neighbor, Dewey, had blackberries growing on his property, and he would let us come pick as many as we wanted. The trick was trying to stay out of the poison ivy! Dewey went to be with the angels long ago, but store-bought blackberries never have tasted as good as his. His blackberries were used in many pies and jellies.

Grandma doesn’t can much any more. All she does these days is make plum jelly from the plums she gets from her plum tree. As for myself, I’ve only tried to can once. I didn’t fare very well. Out of 10 jars of tomatoes, only four sealed properly. I haven’t given up hope. I am eager to try again with the hope of better success this time. With crossed fingers and my cell phone to call my grandmother, I just might have canned tomatoes and green beans this winter! 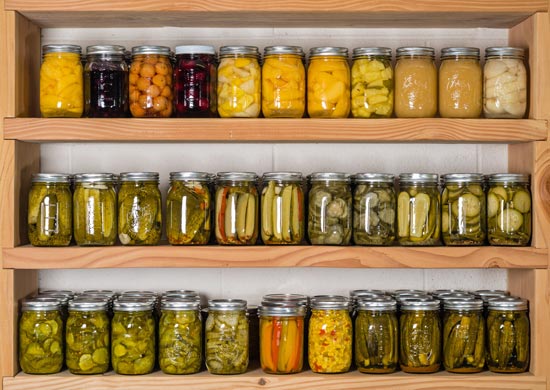 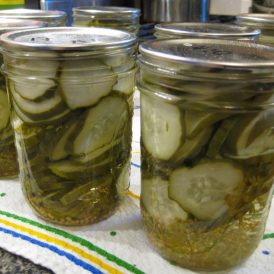 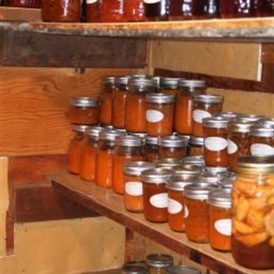 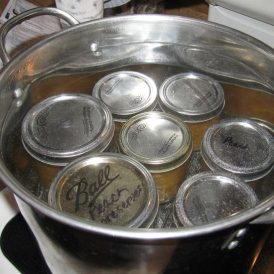