I bet that since the beginning of mankind, humans have always found something to debate. It holds true today. This year has been pretty ugly, from Trump versus Hillary, the never ending debate over gun control, and “whose life matters most”. It makes me wonder if what the cavemen debated about was less horrific that what we debate about in the 21st century.

So I’ve decided to have my own debate within this blog. Perhaps in a world that seems to have so much drama in it, this one will give us a break from it all for just a little while. Which do you prefer, watching a sunrise or watching a sunset?

For me, I prefer watching the sun rise every morning. It is the beginning of a new day. A brand-new chance to start over again. With a life that has so many ups and downs for me and so much negativity shoved in my direction from family and people in general, I love to stand in the sun’s rays as they wash over me every morning. I just know that one of these mornings will bring me what I am looking for — a time when I am rid of some of the most toxic people in my current life, along with the beginning of a new life that is so much better for me.

Getting up to see the sun come over the horizon is usually not a problem for me. My alarm is set for 4:30 A.M. That’s a habit that I’ve had since high school. I love the sounds of the birds chirping first thing in the morning. Sometimes I even get the chance to see a pair of cardinals in the bird feeder as the sun’s rays start to come into view.

There’s nothing wrong with the sunset. I just prefer to march to the beat of my own drum, which happens to include to the sunrise. 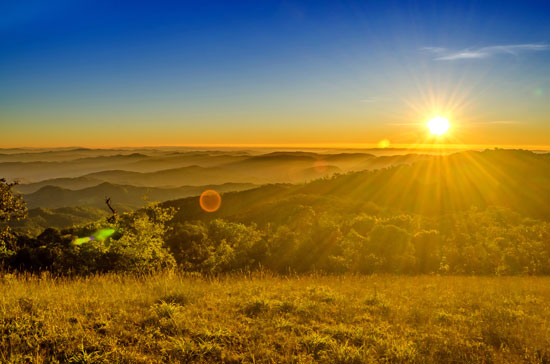