That Person Inside You

Many of you have probably read “An Old Lady’s Poem” that was found after nurses in a geriatric ward in Scotland went through a deceased woman’s possessions. It later went viral on the internet, and then someone wrote a similar “An Old Man’s Poem.” The idea of the poems is that when you look at an old person, you only see the cruel results of old age, but inside that shell lives the real person who had a meaningful life.

I read that poem several years ago, and it changed the way I look at elderly people. I even find it rather intriguing to see someone in the nursing home and try to imagine them as a child or a teenager. It makes me feel a fondness toward them, and I want to ask them questions about their life. 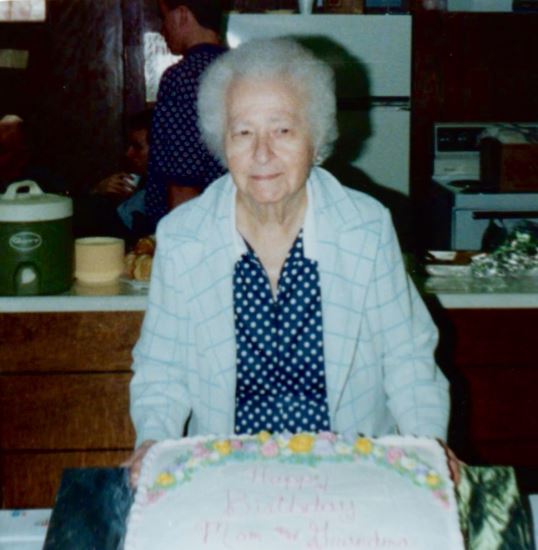 My mother lived to be almost ninety-seven, and had been old for so long that I felt it important to display photos of various stages of her life at her funeral so others could remember the whole person. When we returned home I chose a few to put on our refrigerator. The image of her sitting in a wheel chair doing word search puzzles was fresh in my mind; I also wanted to remember the mother who raised me and the grandmother of our young children.

Have you noticed that at a certain time in your own life, the real you remains the same age from then on while your body constantly changes? I think for me, I have stayed in my late forties and early fifties. It was a leveling off time after children, and I have continued being at that age while the mirror mocks me and reflects something dreadfully different. Yes, my body has betrayed me.

You may wonder what brought all this to mind. Well, I startled myself one night this week. We had gone to a boy’s basketball game at Boy’s Town where our son, Perry, teaches. It had a small town atmosphere and I really enjoyed the game. What caused me concern, though, was that I so wanted to go out on the floor and get hold of that basketball. I wanted to pass the ball, dribble, participate in a jump ball, and shoot a free throw. The images scrolling in my mind were of my high school team playing six-on-six Iowa girls’ basketball in our blue uniforms. Oh, the real me was a young teenager again and I had to tell this old white haired lady to stay seated. What a contrast of sheer joy and disappointment I felt. As Oscar Wilde said, “The tragedy of old age is not that one is old, but that one is young.” I don’t think I really understood that quote until now.

This reminded me of two stories about my late father. The first was a scene in my parent’s house. Carpet had been installed in the upstairs bedrooms and we could hear our young children above us wrestling around on it. Dad, who was pretty much confined to his chair, said with a twinkle in his eyes, “I’d give anything to do that again!”

Later, Dad spent his last three months in a nursing home since my eighty year old mother could no longer care for him. My brother told me that he and Dad were eating lunch in the cafeteria one day and another patient was babbling loudly not far away. Dad nodded towards her and said that she was better off than the rest of them because she no longer had her mind. Oh, yes, the tragedy Oscar Wilde referred to: having a young mind stuck in that old body.

We all hope to leave this earth before we totally embarrass ourselves or make life difficult for those caring for us. Unfortunately, it won’t matter whether we have run our own household or a large company; we still won’t have much say in the matter. As Doris Day sang, “Que sera, sera. What ever will be, will be. The future is not ours to see. Que sera, sera.”

In the meantime, we can enjoy life, make good memories, and hope we can remember them! Happy aging!