Garden Clippings: The Act of Planting 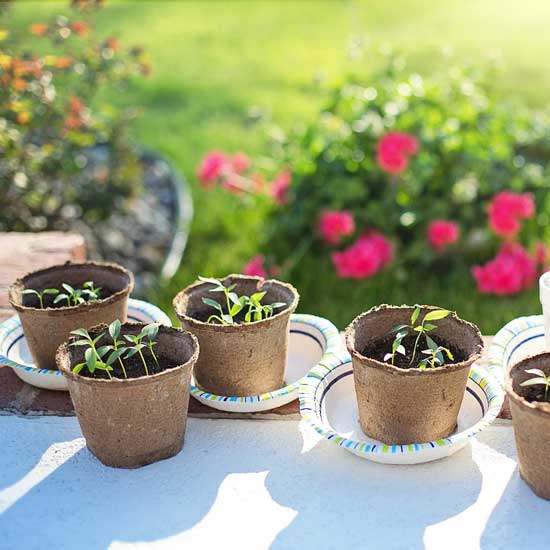 Photo by jill111 / pixabay
April is when everyone wants to put out new plants.

Planting fever is extremely contagious this time of year.

April is when everyone wants to put out new plants. For serious gardeners, it is one of many times during the year they will trek to the garden center to pick up new additions for the garden. It’s also the time of year when the neighbor who rarely spends time in the yard plants a shrub that might not get any attention the rest of the year.

The act of planting may be the most important element of a plant’s ability to flourish and mature.

After selecting a healthy plant from the nursery, it’s time to prepare the planting hole. The hole should be deep enough to allow the plant to sit at the same depth as it does in the container, or the ball level for field-dug plants. The width of the hole should be twice as wide as the container or root ball.

There are times, however, when these rules do not apply. For example, when a plant is going to be placed in a wet area of the garden. In this case, experienced gardeners may excavate a hole that is not as deep as the root ball, so the plant sits high. This allows the plant to root in, avoiding the possibility that it will drown out before it becomes established. In conditions where rocks or other obstacles are encountered as the hole is being dug, it’s fine to forego the twice as wide rule, in order to get the plant in a perfect location.

Getting the plant ready

Once the hole is prepared, it’s time to get the plant ready. For container-grown plants, it’s important to carefully remove the pot and examine the root system.

Container-grown plants that have only grown in the pot for a short time may need a teasing of the roots with your fingers at the edge of the root ball, to encourage them to grow out of the confines forced by the pot’s walls.

Plants that have been growing in a container for a longer time will have roots that circle the root ball because they kept hitting the container wall. For these plants, take a knife and cut down the side of the root ball 1 to 2 inches deep, then cut an ‘X’ across the bottom. This will encourage the roots to stop growing in a circular pattern and root out from the cuts.

Balled and burlapped plants don’t need to be inspected for circling roots, but there are other steps to take.

Once the plant is set properly in the hole, remove the twine that holds the burlap to the root system. Remember to remove the string from around the base of the tree. Not doing this can literally suffocate the plant as it begins to grow. Many times I’ve inspected a dying tree that’s been in the landscape for a number of years, only to find a piece of string embedded in the base of the stem, left by so-called professional contractors who should know better.

The burlap doesn’t need to be removed from the root ball, but it should be folded back from the top of the ball and tucked down into the hole. Burlap that is allowed to stay on top of the root mass and is exposed to the air will wick the water out of the soil and into the air.

Two schools of thought concern mixing organic amendments, such as peat moss or compost, into the soil to fill the remainder of the planting hole. I subscribe to both, depending on the situation.

The first is to mix an organic material with the soil to make it easier for the new roots to reach into the new surroundings. The other way of thinking is that the plant eventually will have to grow into the native soil, so it might as well start right off the bat. I use organic amendments when I have a tender plant that needs a helping hand getting started after transplanting, or if a plant is going into a not-so-great soil situation.

Filling in the hole

The final step is filling in the hole. To do this, add the loosened soil a little at a time around the entire perimeter of the hole, pressing it in with your hand when it’s possible, in an effort to fill all of the voids. If it’s not possible to work the soil in with your hands, use a garden hose with a small stream of water to settle the soil into the hole, and add more until it is filled.

This step reduces air pockets, which can cause portions of the root system to dry out and perish because they are not in contact with the soil.

I hope you avoided the flu this season, but may you all catch the planting fever that’s going around. 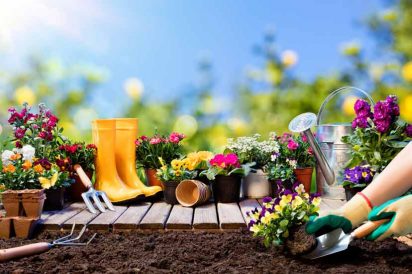