I’ve always been a dirt aficionado. I grew up in Iowa where the dirt is like champagne. What didn’t wash away to the gulf of Mexico in years past is still lush and fertile. I grew up enjoying this champagne and it’s been a difficult adjustment to deal with soils that are not like that. I’ve written about this many times. This is not news.

Healthy soil is what makes healthy plants. Nobody disagrees with this. However, there is some disagreement on how to make soil healthy. Some say this. Others say that. Most agree that the laborious process of amending and composting is the best way but not all farmers and gardeners have the stamina or patience to work this way. Too many still resort to unnatural fertilizer. It works great in the short run. But is it great in the long run?

I’ve tried these short cuts. I’ve tried fertilizer. I’ve also tried compost but only (as it turns out) in an incomplete way. I’ve bought soil and made raised beds. I’ve tried straw bale gardening. I’ve tried doing absolutely nothing and let nature take its course. All of these ways work to a degree. What is best?

The soil here in the Central Valley of California is great in some areas and not so great in others. Unfortunately in my area it is not so great. It is not the worst I’ve encountered but it is far from the wonderful soil I grew up with in Iowa. I’ve got sandy clay loam with emphasis on clay.

When I recently heard about a lecture sponsored by the Fresno master gardeners group and given by a local truck farmer on soil improvement I signed up right away. During the lecture Tom Willey of T&D Willey Farms mentioned a book by John Jeavons called “How to Grow More Vegetables”. I said to myself, “I have to get that book”. So I did. 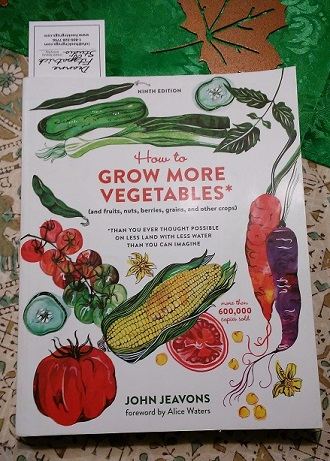 It’s all about one thing at its core: great natural and fertile soil and how to make it. I’ve decided to make this book my bedtime study for the next few months. I’m going to distill it to its essence if I can and tell you all about what I find in an effort to make it understandable and digestible to me and, finally, to you, my readers.

To that end I will be reporting through the next few months until it’s time to start planting again.

As a prequel here’s what I’ve done so far:

I mulched my garden heavily with straw and veggie bodies. The bodies are the remains of crops I grew this past season. I chopped them down and just left them there. I imagine I will get some volunteers growing next year and I may decide to let them grow. Or I may pull them out. I haven’t decided. My garden is boxed but not raised beds. They are just enclosed long beds about 5 feet wide. I have laid deep straw mulch in the aisles between the boxed beds and over the beds themselves.

Here’s what the corner section looks like right now. It’s pretty rough but it’s ok. I’m letting it be as wild as it can be. There should be legions of microbes beneath the mulch working hard at what they do best. Build soil! 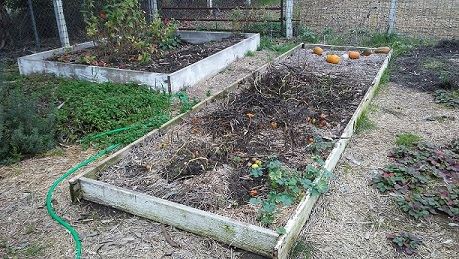 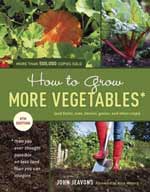 Decades before the terms “eco-friendly” and “sustainable growing” entered the vernacular, How to Grow More Vegetables demonstrated that small-scale, high-yield, all-organic gardening methods could yield bountiful crops over multiple growing cycles using minimal resources in a suburban environment. Order from the Capper’s Farmer Store or by calling 800-234-3368.