On The Garden Path: Callaway Gardens 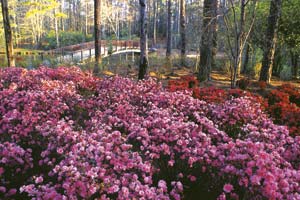 BLOOMING BEAUTY: For those who love flowers, the 40-acre Callaway Brothers Azalea Bowl is bursting with color in spring, when thousands of azaleas are blooming.
courtesy of Callaway Gardens
2 / 3 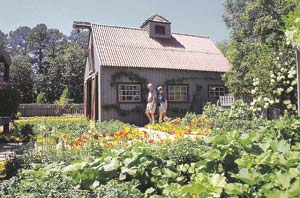 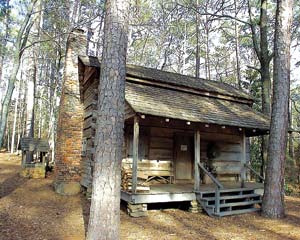 TRAVEL BACK IN TIME: For visitors who love rustic things, the Pioneer Log Cabin, which was moved to the gardens in 1960 and includes some original furniture and period reproduction pieces, will take visitors back in time.
courtesy of Callaway Gardens
❮ ❯

If you’ve ever seen the popular PBS television gardening show The Victory Garden, you’ve seen Callaway Gardens, located in Pine Mountain, Ga. The gardens, founded by Cason and Virginia Callaway, opened to the public in May 1952 and offer a fascinating glimpse of what can be accomplished with hard work and dedication.

History of the Callaways

After graduating from business school, Cason Callaway worked at his father’s cotton mills in LaGrange, Ga., as a bookkeeper. He worked his way up to be an equal partner in the family business, and he eventually took over financial control of the mills.

After serving in the U.S. Navy during World War I, he returned to Georgia, where he met Virginia Hand, who had grown up in Pelham, Ga., and loved growing camellias and other flowers. The two were married in 1920, and by 1927, they had three children.

The mills fought to survive during the Depression, and the Callaway family began spending time at Blue Springs in Hamilton, Ga., where they enjoyed a cottage, horses, a pavilion, a private lake and a spring-fed pool.

In 1935, Cason gave up control of the mills, and in 1938, the Callaway family moved to a home near Blue Springs, where Virginia began helping children and families with financial aid and became active in the Red Cross.

Cason focused his attention on the land they owned, experimenting with cover crops and fertilizer to restore the soil, as well as terracing and raising crops and livestock. He eventually became one of Georgia’s leading farmers and agricultural economists.

After suffering a heart attack in 1948, Cason left the farming industry, and he and Virginia decided to spend their time and energy transforming their property into a residential community for friends and business associates. This was a great opportunity for Virginia, who loved plants and flowers. Together, they planned and built the gardens.

As their hard work paid off, and the property became a beautiful garden, the couple agreed it would be a shame to share its beauty with only friends and business associates, so they decided to make it a public garden for all to enjoy.

In May 1952, when the gates opened, that’s exactly what happened.

Cason worked at the gardens until the day he died – April 12, 1961 – less than nine years after opening Callaway Gardens. Before his death, he approved final plans for a memorial chapel, to be named in honor of his mother, and for a vegetable garden.

Following Cason’s death, Virginia took over as chairman of the board of the Ida Cason Callaway Foundation™. In 1971, she founded the Cason J. Callaway Memorial Forest, preserving 3,000 acres of woodlands on the Pine Mountain Ridge. She died Feb. 11, 1995, after being recognized with many awards for her role in horticulture and conservation.

Here are a few attractions at Callaway Gardens.

Find a new glaze for your Easter ham this year. 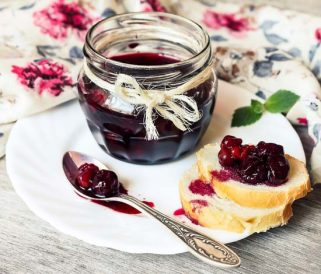 Guests are sure to love these little turnovers, they are unique and full of flavor. 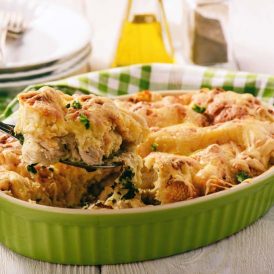 Try something new with this black-eyed pea salsa. 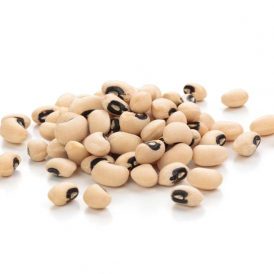