On The Garden Path: Clematis 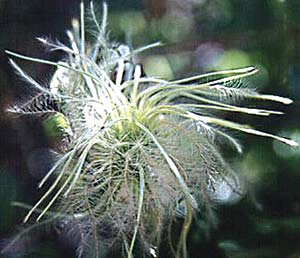 Travel any country road in late August and early September, and breathe the fragrance of autumn’s sweetest clematis. This redolence emanates from the lacy white flower of Virgin’s bower – the most delicate of wildflowers – as it follows fencerows and treetops while reaching for the sun, forming wide to narrow sweeps of breathtaking beauty.

Here is an abundant, but often reclusive, native vine that is rarely sold in nurseries. However, all of those extravagant commercial displays of colorful, huge, showy flowers found in nurseries are its progeny, and these large-flowered hybrids are the nation’s most admired plants. Adaptability, hardiness and versatility ranks clematis as the favorite vine in American gardens. Though it has a relatively small vine, it seldom overwhelms the support on which it climbs, so it’s ideal to grow on light posts, mailboxes, trellises and fences, as well as on or through other plants.

Just when most annuals in domestic flowerbeds begin to shrivel from summer conditions, and the tickseed sunflower lines ponds and ditches, Virgin’s bower (Clematis virginiana), reaches out in all her glory.

Virgin’s bower could be classed as an evergreen vine that does best in rich and moist but well-drained soil that’s high in organic matter. While several of its siblings thrive in barren, sunny lands, this one prefers some shade, but does seek out the tops of fences and bushes. When roots are kept cool by low-shading plants or mulch, the blossoms will reach up and compete for the full sunlight.

Unlike honeysuckle, which grows on fencerows, climbs trees and chokes out every plant along the way, Virgin’s bower is not aggressive, and it’s easily controlled, since it has no tentacles to cling to trees and shrubs, and instead must rely upon the bending and clasping of its leaf stalks to hold it in place.

This silky little flower-bearing vine is often called sweet clematis or sweet autumn clematis. It produces hundreds of tiny seedlings around where the plant thrives, sometimes blanketing more than 100 square feet in solid creamy-white flowers. More common are the long stretches of blossoms that top the fencerows for 100 feet, or scramble to the tops of low-growing trees and shrubs.

There are several species of clematis, and they range in color from white to purple to pinkish-purple.

Clematis requires little attention and doesn’t get attacked by insects and other pests. As easygoing as this plant is, it must be admired for the way it’s survived the brutality of nature in such grandeur and eloquence. But, in our ravings about the beauty and boldness of the hundreds of showy hybrids found in nurseries, I hope we don’t forget the tiny, lacy, sweet-smelling vine that started it.