On The Garden Path: Cut Flowers 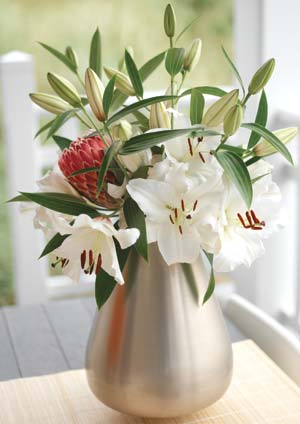 DELIGHTFUL DISPLAYS: Cut lilies, such as white Oriental and Asiatic, make beautiful, fresh flower arrangements that are perfect for any room of the house.
Courtesy of Netherlands Flower Bulb Information Center
2 / 3 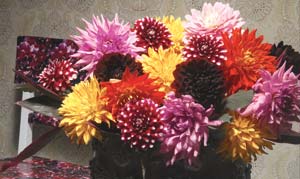 DAZZLING: Floral designers are big fans of bicolored dahlias, like 'Osaka,' because of their simple beauty. Other folks prefer solid-colored dahlias in a variety of colors combined in one vase to create a rainbow bouquet.
Courtesy of Netherlands Flower Bulb Information Center
3 / 3 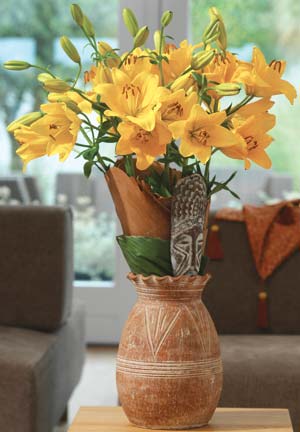 The end of summer doesn’t have to mean the end of summer flowers. Two of the most spectacular summer bloomers – dahlias and lilies – reach peak availability as cut flowers in late summer and fall. This is good news for those who like to keep summer sizzling inside while it slips away outside.

Dahlias are South American na­­tives, hailing from the mountainous regions of Mexico and Guatemala. Westerners first discovered them around the time of the conquistadors. Initially, their interest was in the plants’ roots. Naturalists of the time thought they might make a tasty alternative to the potato. Although entirely edible, the dahlia’s career as a potato substitute was short lived. It soon became apparent that the flowers were the prize.

Taken back to Europe, dahlias were soon hybridized, eventually giving us the spectacular specimens – from small to huge – we enjoy today.

Lilies, which are among the most elegant of the summer flowers, are another favorite that are at peak availability from early summer well into the fall months. Native to the temperate regions of the northern hemisphere, their large, trumpet-like flowers riding atop tall, spiky-leaved stems rival any of the modern tropical plants for exotic grace.

Lilies have a long history. The ancients prized their scent and used them in cosmetics and medicines. They have also been used for everything from wrinkles to snakebites.