On The Garden Path: Chandor Gardens 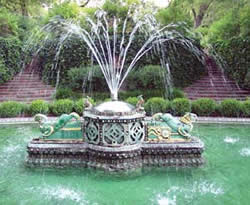 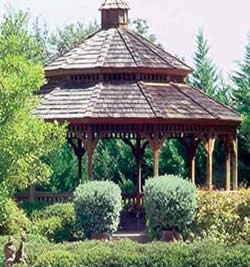 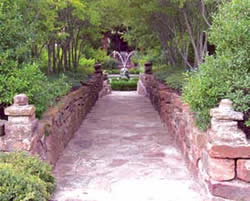 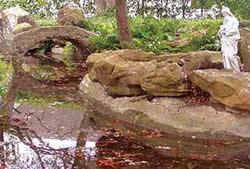 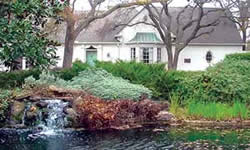 In 1936, Douglas Chandor, a famous English-born painter, and his wife, Ina, began building their home and garden, as well as a studio for Douglas, on property they named White Shadows, in Ina’s hometown of Weatherford. They brought in topsoil and boulders from area ranches, and began transforming the ground into a beautiful piece of land. Douglas pictured individual garden rooms, connected by paths, with hedges and walls enclosing the gardens, and that’s exactly what they built.

When Douglas died in 1953, Ina opened the garden to the public, so they could enjoy the gardens her husband loved so. When Ina passed away, the property went to various relatives and tenants, as the Chandors had no direct heirs. During the next couple of decades, the gardens greatly deteriorated. Then, in 1994, Charles and Melody Bradford purchased the grounds and spent their first year of ownership cleaning things up. The trees and wisteria were all they could salvage of the gar­dens’ previous plantings. They were dedicated, and once again, the gardens were opened to the public for all to enjoy.

In 2002, the city of Weatherford purchased the property from the Bradfords. Chandor Gardens is open to the public the first weekend in April through the third weekend in November, and are only open on weekends – Saturday from 9 a.m. to 3 p.m., and Sunday from 1 p.m. to 5 p.m., with a $5 admission fee for teens and adults, and no charge for children 12 and under.

Special events, however, including weddings, anniversary parties, family reunions, group tours, etc., can be scheduled daily year-round by calling the gardens at 1-817-613-1700.