On The Garden Path: The Fells 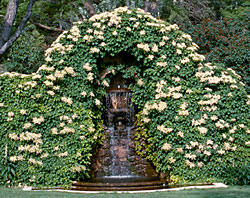 EXQUISITE LANDSCAPE: The Fells in Newbury, N.H., offers visitors a breathtaking view of a fountain set back in a wall of flowers,
Photos courtesy of The Fells
2 / 3 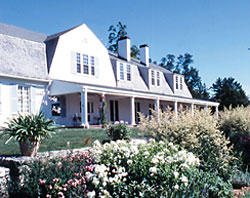 beautiful flowers, shrubs and trees that grace the grounds surrounding the main house.
Photos courtesy of The Fells
3 / 3 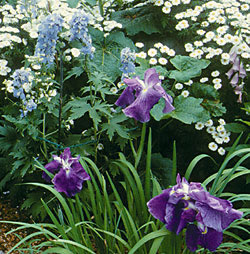 The Fells, located in Newbury, N.H., on the shores of Lake Sunapee, is one of New England’s finest examples of an early 20th-century summer estate. It is situated on 164 acres of land that has been the summer retreat for the Hay family.

Secretary of State John M. Hay, who also served as Abraham Lincoln’s private secretary, spent the summers of 1891 through 1905 in a cottage he built on the eastern shore of Lake Sunapee, facing Mount Sunapee. Hay called the estate ‘The Fells,’ after the Scottish word that means rocky, upland pastures.

After Hay’s death in 1905, his son, Clarence Hay, and his wife, Alice Appleton Hay, turned The Fells into an American estate and working farm. Clarence Hay designed and built a walled, colonial revival-style garden featuring flowering trees and shrubs, arbors, trellises and statues.

The couple also converted a sheep pasture into lawns and formal gardens. They created an entry court on the east side of the house, and then they planted yew hedges, trees, shrubs and vines. On the west side, they built a 100-foot-long stone wall to provide structure for a perennial border, which features hollyhocks, phlox, delphinium, iris, and colorful annuals and biennials. Stone walls and a fountain on the south side of the house frame a rose garden in which hybrid tea roses are planted with annuals.

Around 1929, construction began on a large rock garden facing the lake. Lichen-speckled rocks were set, appearing as though they had always been there, and hundreds of alpine and rock-garden plants were put in to give the impression of a New Hampshire hillside. A stream was made to flow the length of the garden, and in the center, a lily pool surrounded by Japanese iris and azaleas was created. Paths were also made throughout the garden.

Alice Appleton Hay kept The Fells after her husband died, and when she died in 1987, she left the estate to the U.S. Fish & Wildlife Service as a wildlife sanctuary. Today, the estate is open to the public and is protected as a wildlife refuge.

Visitors to The Fells will immediately know why it is referred to as ‘a place for quiet contemplation of the natural world.’