On The Garden Path: Tulip Bulbs 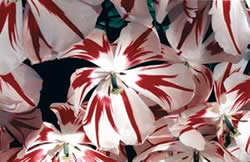 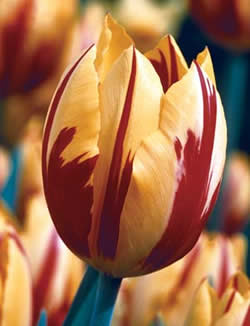 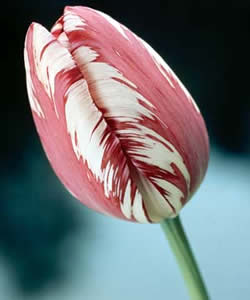 The first tulips were brought to Europe from Turkey in the mid-1500s. In the early 1600s, however, they were still rare – mostly found in university botanical gardens. It was at the University of Leiden, the Netherlands, where some locals, desperate to get their hands on the rare flowers, climbed the wall of the botanical garden, stole some tulip bulbs and began cultivating them for sale. Thus began the wild ride that became Tulipmania.

The tulips that ‘drove men mad’ were multicolored flowers with distinctive mottled streaks, and no two were alike. During Tulipmania, these bulbs were traded as futures, sold sometimes hundreds of times over a single winter, while the bulbs were still in the ground. Traders earned as much as $60,000 a month in today’s money.

Prices in the ‘Wind Trade,’ so called because little was being traded but promises, finally collapsed in 1637, sending Holland and much of Europe into an economic depression. Tulipmania is still studied, alongside the stock crash of 1929, as a classic example of a speculative market gone out of control.

The bulbs so treasured by the wind traders, however, were damaged goods. The streaks that gave the flowers their exotic looks were actually caused by a plant disease called a mosaic virus. When the bulb industry began to officially classify tulips in the late 19th century, these long-stemmed, diseased varieties with broken colors were grouped together as Rembrandt tulips. They were named after Rembrandt Harmenszoon van Rijn, one of the most famous painters in history, who was born July 15, 1606, in Leiden, the Netherlands, a university town in the heart of what would become Holland’s famous bulb-growing region. Though the classification still exists, the true virus-infected Rembrandt tulips are no longer commercially available in Holland and are found there only in historic bulb collections.

Today, thanks to the efforts of Holland’s professional hybridizers, tulips with the same exotic-streaked coloration patterns are widely available. Though often sold as ‘Rembrandt’ tulips, they are actually disease-free, genetically stable look-alikes. They are tulips of various other classifications, such as Single Late or Lily-flowered, that have been bred to have Rembrandt-style colorations.

Among the most popular varieties of Rembrandt-style tulips available to American gardeners are: