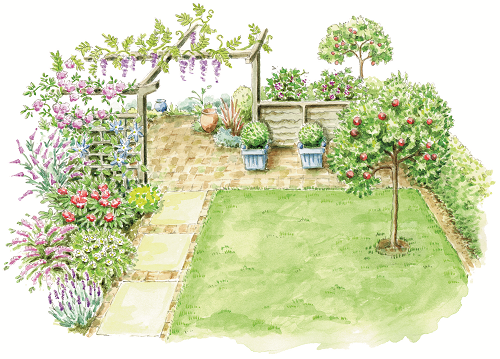 This pretty garden includes many types of plant – such as trees, climbers and shrubs – that need pruning to help them grow well and look good.
Photo by Creative Homeowner
2 / 3 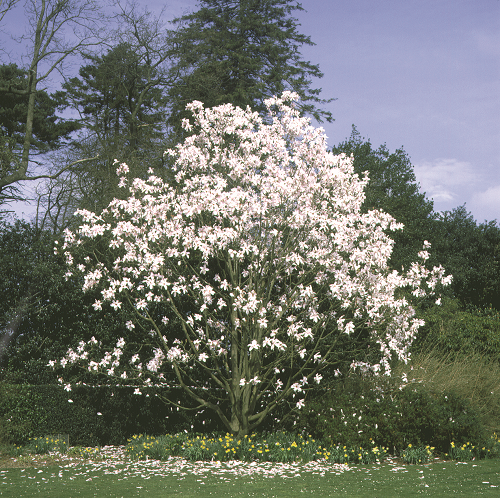 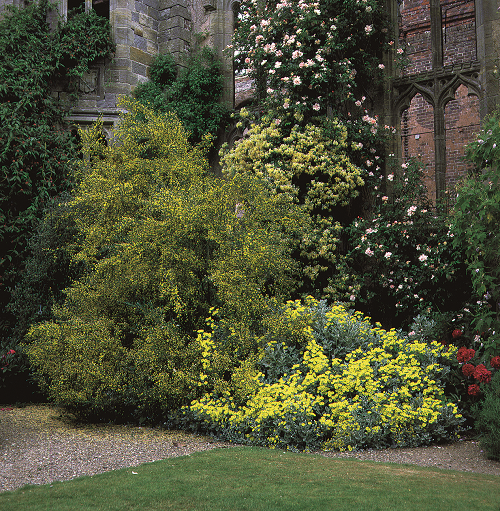 This beautiful display, which includes flowering and foliage shrubs as well as climbing roses and other climbers, needs regular pruning to ensure that it creates a spectacular feature each year.
Photo by Creative Homeowner
❮ ❯

According to Home Gardener’s Pruning (Create Homeowner, 2017) in order to be a successful gardener you have to know how to prune-whether to improve growth, increase fruiting qualities or to enable the plant to grow in space-restricted areas or cold environments. This practical book provides advice on pruning garden plants, from infancy to maturity. Included is detailed advice on renovating neglected plants, from shrubs and climbers to fruit trees and bushes. There is also a fun element, with instructions for creating topiary in the garden.

Pruning is a gardening skill too often cloaked in magic and mystery, whereas in practice it is a logical process that is easy to understand and to apply to plants. It is mainly performed on woody plants, ranging from ornamental trees, shrubs and climbers to fruit trees and bushes. Roses are other popular candidates, together with hedges which need attention during their formative years as well as throughout their lives.

The Range of Plants that Benefit From Pruning

Ornamental trees invariably need less pruning than shrubs, but it is essential during their early years to create a strong framework of branches.

All roses need yearly pruning, regardless of whether they are bush types (Hybrid Teas and Floribundas), climbers, ramblers or standards.

Hedges, from those grown for their attractive leaves to ones that become smothered in flowers, all need regular pruning.

Tree fruits, such as apples, pears, plums and peaches, need careful pruning during their infancy to create a strong and well-spaced framework of branches.

Bush and cane fruits, ranging from black currants to raspberries, require yearly pruning to encourage the regular production of fruits.

If woody plants – from shrubs and climbers to fruit trees and bushes – are neglected, they become unsightly and unproductive. Additionally, their life-spans are shortened and they become havens of delight for pests and diseases.

Pruning is essential for most plants, although some, such as the evergreen Aucuba japonica ‘Variegata’ (Spotted Laurel), create spectacular features each year with no regular pruning. However, Philadelphus (Mock Orange) can soon become an entanglement of old, non-flowering stems if yearly pruning is neglected.

Some shrubs, such as Sambucus racemosa ‘Plumosa Aurea’ and Sambucus nigra ‘Aurea,’ are grown for their attractive young foliage, which is produced by cutting all stems right down to ground level in late winter or early spring. Without this severe treatment, these shrubs would not be nearly so attractive. Some Rhus species, including Rhus typhina ‘Dissecta,’ can be treated in the same way.

With the advent of global warming, the seasonal influence of winter – which dictates when many plants are pruned – may change. Traditionally, shrubs that flower during late summer and into autumn are not pruned until late winter or early spring. This is because, if they were pruned as soon as their flowers faded, any young, tender shoots that subsequently developed would be damaged by frost. Even now in some areas the late-flowering Buddleja davidii (Butterfly Bush) can be pruned in autumn, rather than at the traditional time in spring. Even if a few young shoots of this shrub are damaged by early frosts, there are others to replace them.

It is impossible to suggest with any certainty what the pattern of weather will be in a couple of decades’ time, but gardeners will have to take a flexible attitude at least to the pruning of late-flowering shrubs, which are normally pruned in spring.

Getting the Timing Right

It is the influence of a cold period within the yearly cycle of a plant’s growth that mainly influences the time when it is pruned. For example, woody-framed plants such as apples and pears are pruned during winter when they are dormant. At that time, as well as being inactive, they are free from leaves and fruits and the tree’s structure can be clearly seen.

Flowering shrubs have a different nature and pruning is dictated both by the season when the shrub produces its flowers and the cold period in its yearly cycle of growth. For example, shrubs such as Forsythia that flower early in the year can be pruned as soon as their flowers fade. There is then sufficient time for new shoots to develop and to mature before the onset of harsh winter weather. However, those shrubs that flower late in summer have their pruning left until spring. If they were pruned as soon as their flowers faded, their newly developing shoots would be damaged by winter weather. For example, Fuchsia magellanica flowers from mid-summer to mid-autumn and is pruned in spring, when young growth will not be damaged.

Trees with sappy wood, such as Aesculus (Horse Chestnuts), Betula (Birches), conifers and some Maples (Acer), are likely to bleed if cut during summer when their sap is flowing strongly. Therefore, they are best pruned in late autumn or early winter.

For many years, the pruning of bush roses such as Hybrid Teas and Floribundas has involved pruning shears. To many gardeners, this is an essential facet of growing roses each year to produce the best quality and number of flowers. However, experiments in pruning bush roses have involved using electric hedge-trimmers to cut down all stems, with cuts being made irrespective of their positions. Some surprisingly good results have been achieved in this way, but for most gardeners the traditional way of individually pruning bush roses gives greater satisfaction and involvement.

Get your lawn and garden priorities in order this fall. 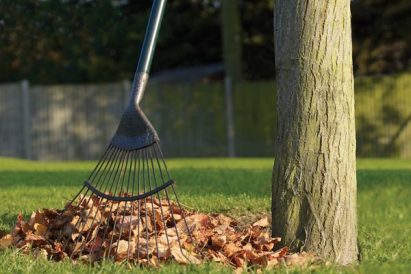 Tips to help you care for your lawn and garden. 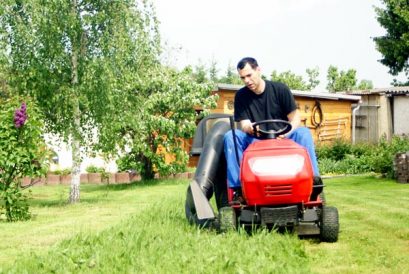 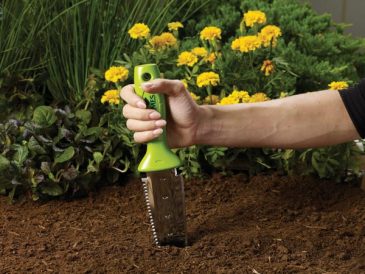