Pick a Peck of Pickled Peppers

My granny’s garden had plenty of wonderful vegetables. She had tomatoes, okra, cabbage, sweet corn, green beans, squash (winter and summer) and bell pepper, among other things. One thing she did not have were Japanese bell and Thai hot peppers. This summer I thought I’d break out of the mold and try something new. The weather here is hot as you’ve already heard. Certain things lend themselves and others don’t. One thing my granny knew was planning one’s garden to include things that would do well in the weather at any given season. Cool season crops got planted early and hot weather crops got planted later. So since it is hot here I thought I’d try something suited very well to hot weather.

I started sets of Japanese green bell peppers, Shisito peppers (which are a mild pepper with a little bit of bite) and hot Thai peppers (Prik Faa) inside, and when the collards were done and the sets were big, I stirred the ground and planted. They didn’t take off at first. They just sat there forlornly getting used to their new home and then all of a sudden they took off like rockets. All seemed to be going very well.

I didn’t know it at the time but I was in for a battle royale with, you guessed it, tomato hornworms! I wandered out one day to find much of the foliage gone (I wrote about this in my post, The Good, the Bad and the Ugly). I should have kept count but I think that after a number of weeks I had picked off at one time or another about 25 hornworms. I don’t use pesticide so hand picking it is! My chickens love me and that’s a good thing. I think I got the last one a while back because I have seen nary a one for over a week now. I’m still keeping my eyes peeled though because from tiny horn worms do gigantic hornworms grow! 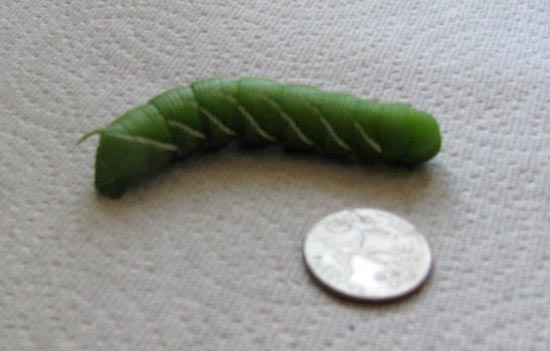 This worm is the progeny of the sphinx moth and a wonder in its own right. 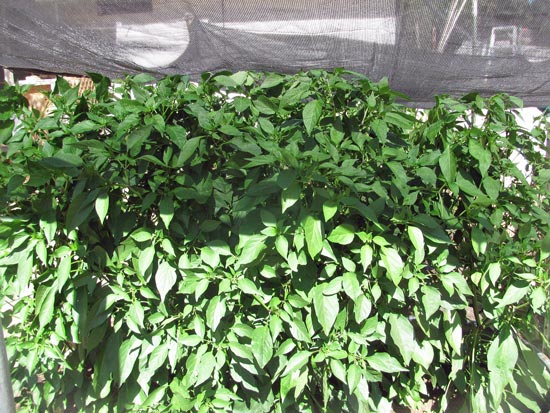 In the meantime, my peppers have grown huge and they are bearing copious amounts of fruit.

You’ll notice the sunshade I have over my crops. The sun is very intense here and will absolutely sunburn my plants unless they’re protected. 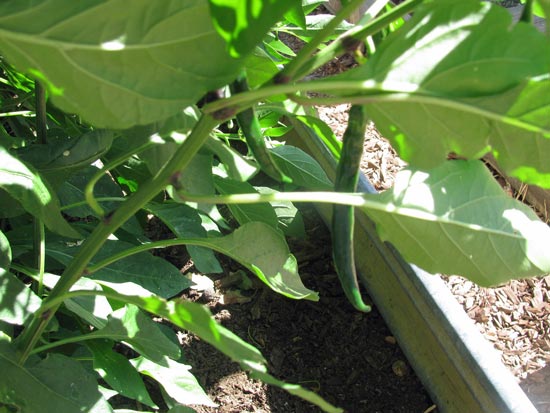 I’m not sure what I’ll do with the Thai so if anybody has some suggestions I’d like to hear it! 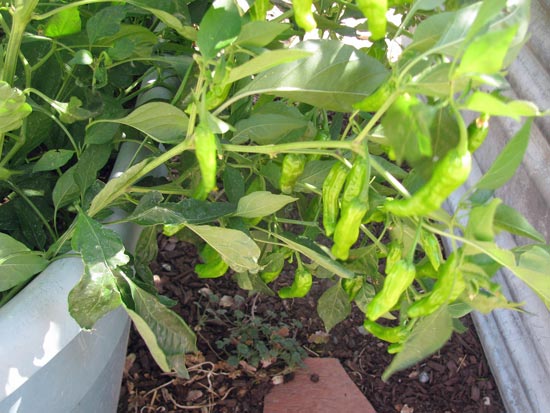 My favorite way to eat the Shisito peppers is to simply saute them in a pan with a little olive oil and sprinkle them with kosher salt.

I toss the sweet bell peppers with sugar, salt, pepper and olive oil and roast them in a slow oven. Then I put them in a salad with peaches, cumin and cayenne. (I wrote about my Greek Peach and Pepper Salad in another post.) 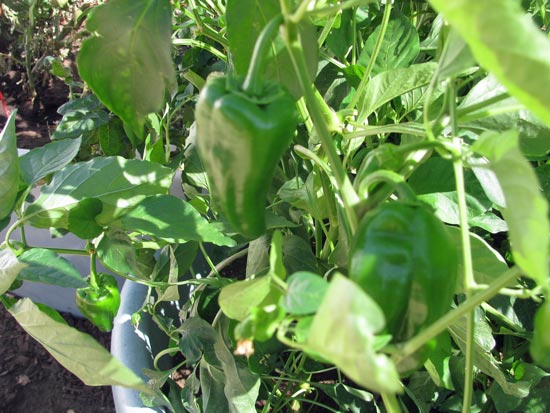 Any way you slice it peppers are a great summer treat!

Now I’m off for the coast for a short respite from the heat and dryness. I’ll be back next week for another installment of the Guinea Chronicles (you can find Part 1 here). It’s almost time to release them from their habitat pen.

Made by layering Yukon Gold potatoes, onion slices, cheddar cheese, bacon bits, and bell peppers, this delicious side dish by the expert grillers at CharBroil is perfect for your next cookout. 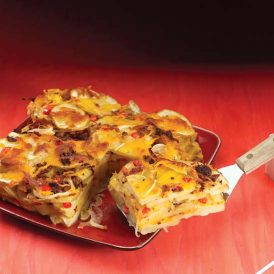 This delicious cornbread can be enjoyed with a bowl of chili or fresh from the oven with a smear of butter. 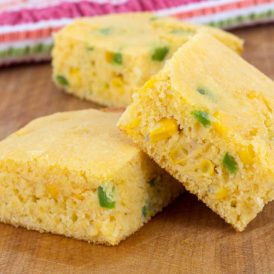 A twist on pizza pie, this wrap recipe layers Canadian bacon, pepperoni, sliced mushrooms, bell peppers, and shredded cheese on pita bread, which is folded and baked until crisp. 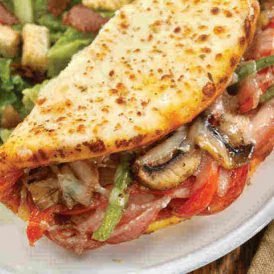