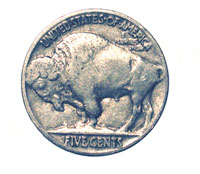 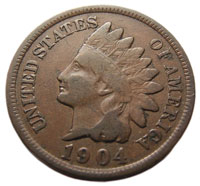 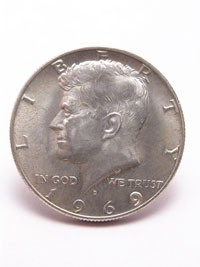 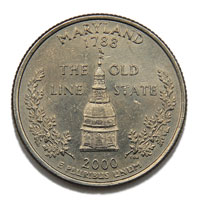 Collecting American coins is an easy and entertaining hobby if you live in the United States. In most denominations there are some really interesting coins.

Pennies had an Indian head on them before the Lincoln penny was minted. Another rare American coin is the Indian head penny.

From 1883 to 1913, nickels had a picture of the goddess Liberty on them. Interestingly, the 1913 liberty nickel is an extremely rare American coin. Only five copies were made, and a mint employee made them illegally after hours.

The most classic American coin is the buffalo nickel. It has a buffalo on one side and an Indian head on the other.

Since 1938, the nickel has had President Jefferson’s portrait on it. In 2004, the mint started a “Westward Journey” series of nickels to commemorate Lewis and Clark’s journey. They’ve tweaked Jefferson’s portrait and the coins have different historical themes on the reverse side, so the Westward Journey nickels are destined to be collectible coins.

Probably the most boring American coins are dimes. The design of dimes hasn’t changed since 1945, the year after President Franklin Delano Roosevelt died. He suffered from polio and supported the March of Dimes. The March of Dimes helps people with birth defects now, but in Roosevelt’s time it also helped children who had polio. To memorialize his support of the March of Dimes, Franklin’s portrait has remained on dimes since his death. Dimes are boring coins, but that is a great American coin story.

Our favorite American coin, the quarter, had the Statue of Liberty on it until 1930, when she was replaced by George Washington. Since 1999, the mint has been releasing the very collectible U.S. State quarters, an American coin series that will be completed in 2008.

Half Dollars and Dollars

Half dollars used to be common, and until 1964 they had Ben Franklin on one side and the Liberty Bell on the other. In 1964, President Kennedy’s portrait went on the half dollar.  People hoarded them and they became a treasured American coin, both because Kennedy was beloved, and because the 1964 silver dollar was to be the last “real” silver dollar. Because so many people collected the 1964 Kennedy half dollars, the mint released more of them than any other half dollar. Congress even froze the date, and 1964 half dollars were minted in 1965, too.

Silver dollars are rare now, but the Susan B. Anthony silver dollar is an interesting American coin. Minted from 1979-1981, it is the only American coin with a woman’s portrait on it.