A Christmas Home: From the Author of ‘A Dog Named Christmas’ 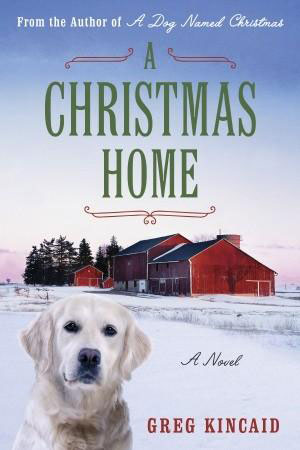 Cover Courtesy Random House
Todd McCray, hero of “A Dog Named Christmas,” is now twenty-four years old and working at a local animal shelter, where he meets and quickly becomes best friends with Laura, a young volunteer. Laura, like Todd, has disabilities of her own, but her struggles are more physical than developmental.

In the middle of economic hard times and an exodus of young folk, the rural community of Crossing Trails has seen better days. The McCray family feels the town’s worry on the horizon, and son Todd sees an increase in the number of dogs taken to the local animal shelter. Todd must face some big challenges, but at least he’s got the love of his family and his loyal lab, Christmas. A Christmas Home (Crown Publishers, 2012)is a novel by Kansas homesteader Greg Kincaid, author of A Dog Named Christmas and Christmas with Tucker. In this excerpt, the McCrays are on their way to an important town-hall meeting, setting up the tension in this heart-warming pet story about the strength of rural communities.

Buy this book in the CAPPER’s store: A Christmas Home.

People would look at the old black Lab and say, “Christmas. That’s an unusual name for a dog.”

In the beginning, George would explain how the Lab was supposed to have been a temporary holiday guest, a brief fostering project to help out the local animal shelter. His youngest son, Todd, thought the name Christmas was a good fit. Now, nearly four years later, the dog had found a permanent home with the McCray family, and George was inclined to lean down, hug his canine friend around the neck, and say, “Best Christmas present I ever got!”

Christmas was resting his head on Todd’s lap in the backseat of the car as they drove down Main Street that evening. George’s wife, Mary Ann, and Todd chatted back and forth about the weather — lightly falling snow, smoky gray skies, and a low howling northwest wind. George, a pragmatic sort, smiled at the notion, but wondered if they shouldn’t have named the lab Elmer, like the glue. The dog bound and knitted his family together.

The elder McCray tried to park in the small municipal lot that flanked the west side of Crossing Trails Town Hall, but it was already jammed with cars. The turnout for that night’s town hall meeting was going to be huge, particularly for a town of less than two thousand residents. So much was hanging in the balance.

George turned back onto Main Street and drove north for two more blocks before finding a space in front of what had been the barbershop but was now a Dollar General Store — a sign of the times. Though many older businesses like the hardware store and the diner had managed to hang on, the growing number of discount stores suggested that the town’s better days were visible only in the rearview mirror. Once within this tiny six-block area they still called “downtown” there had been a bakery, a movie theater, clothing stores, a Ford dealership, a furniture shop, and much more. Still, the Crossing Trails Chamber of Commerce boasted thirty-four members. The town just had to survive, George thought. Right? Any other answer seemed inconceivable.

Many of the original stately brick buildings had survived, but there were also plenty of newer, cheaper-looking steel-and-concrete structures, quite a few sporting for rent or sale signs. George was continually amazed at the way the town had changed, particularly in the last several years as the exodus of young people from the rural farming community continued. At least his children, all living within driving distance, had not strayed too far from the McCray homestead. Todd was closest of all.

“Looks like a good turnout for the meeting,” George observed.

“As it should be. People are worried.” Mary Ann buttoned up her coat and collected her purse from the floor of the car. She turned around and poked at her son’s knee.

Todd undid his seat belt and started to get out of the backseat with his headphones still attached and his iPod playing a Scotty McCreery tune that he did his best to adopt as his own. Once completely out of the car, he broke out with the chorus, “I love you this big!” As Todd stretched out his arms, Mary Ann stepped into his embrace, and they repeated the lyrics together. Mary Ann smiled at life. Being a music teacher and having a tone-deaf son was beyond ironic.

George opened the other rear passenger door. When Christmas jumped out, he snapped a leash on the dog’s collar and gave him a gentle pat on the head. “Good boy. You’ve got work to do tonight, don’t you?”

There was an unusual urgency to that night’s town hall meeting. Earlier in the week The Prairie Star — Crossing Trails’ newspaper, once daily, but now weekly — had reported that the mayor would discuss the town’s latest economic setback. After fifty years, Midwest Trailer andHitch had officially called it quits. Horse ownership was at an all-time low, as were trailer sales, and the town’s largest employer was going out of business.

The survival of Crossing Trails was being threatened by a combination of factors that could be overcome only by an intense collaborative effort. Severe cost-cutting measures were inevitable, and everyone knew it. The lead story in The Prairie Star indicated that services that had once been taken for granted were now at risk. Like a virus at a day care, the rumors spread up and down Main Street in the close-knit town. People had moved right past worried and were dashing toward panicked.

A fiction story about a boy with disabilities who becomes involved with the local animal shelter’s Adopt-a-Dog-For-Christmas program, and through his hard work learns a valuable lesson. 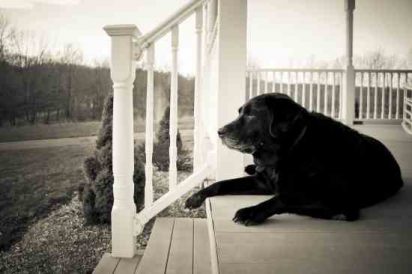