Some Basic Things to Know About Tibetan Food 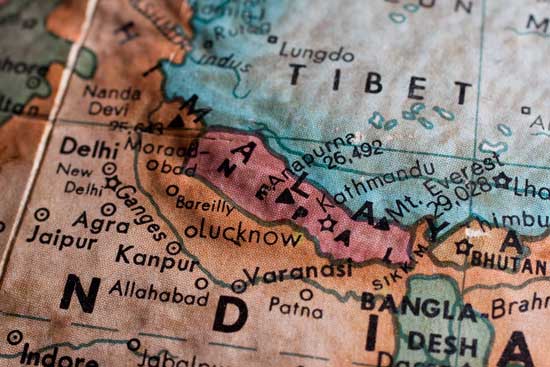 Tibetan food, which evolved to sustain a hardy people living at an average elevation of 16,000 feet, is like no other food in the world. Who else but Tibetans have a great time drinking salty tea and eating sweet rice in the same sitting? Or grow up on a steady diet of roasted barley flour made into a dough with tea, butter, sugar and dried cheese from the female yak (dri)? While these dishes can be an acquired taste for non-Tibetans, there is a wealth of other uniquely Tibetan flavors that inspire total devotion in food lovers around the world.

We have written Tibetan Home Cooking to share with you the most common, well-loved Tibetan foods that are cooked in Tibetan homes, both inside Tibet and around the world. Each recipe in this book is authentically Tibetan, created by Lobsang Wangdu and a small group of excellent Tibetan chefs, featuring Tsering Tamding la. Each recipe is based on the cook’s personal history with a particular well-known Tibetan dish, usually passed down in the family for hundreds of years.

Some Basic Things to Know about Tibetan Food

The staple food of Tibet is tsampa, which is flour made from roasted highland barley. Tibetans in fact, are collectively referred to as tsampa-eaters (po mi tsamsey). The most common way to eat tsampa is in pa, which is made from tsampa, and various combinations of tea, butter, sugar and dried cheese.

There’s no such thing as “yak butter” or “yak cheese.” Only the male of the species is called a yak in Tibet. The females, called dri, produce the butter, cheese, yogurt and milk used in Tibetan cooking, so what is commonly referred to as “yak” cheese or butter is actually dri butter or dri cheese.

Tibetans are not typically vegetarian, and are in fact heavy meat eaters, eating primarily yak, beef, mutton, and goat. While the great majority of Tibetans are Tibetan Buddhists, they are not vegetarian. Most likely due to the difficulty of raising a wide variety of vegetables on the Tibetan plateau, Tibetan diets (at least in Central Tibet) have traditionally focused on tsampa dishes and meat, when the household could afford it.

Tibetans do not traditionally eat fish. Although there are amazing rivers and lakes full of fish in many areas of Tibet, the people don’t typically eat fish or sea food. A commonly held belief is that it is better to eat large animals than fish or small animals, since less lives need to be sacrificed to feed the same amount of people.

Generally speaking, Tibetan food reflects what can survive at Tibet’s average elevation of 16,000 feet (4900 meters). Highland barley is the most important grain, followed by varieties of wheat, while only the hardier vegetables tend to thrive in Tibet, like cabbage, radish, turnip, green peas, carrot, potato, mustard and green onion. In the countryside, radish and potatoes would be preserved year round by keeping them in a deepish hole dug in the family house compound, covered by hay.

Can I Cook Tibetan Food Without Exotic Ingredients?

Absolutely! While Tibetan food has a reputation for being quite exotic, the great majority of the recipes in Tibetan Home Cooking can be made completely with common ingredients and kitchen utensils. There are some unusual ingredients, but almost none of them are essential to make the Tibetan Home Cooking recipes. Below are some of the ingredients that you may be challenged to find, and some ideas on where to buy them, or how to substitute for them. See The Cook’s Thesaurus for great ideas on what to substitute for many different ingredients. 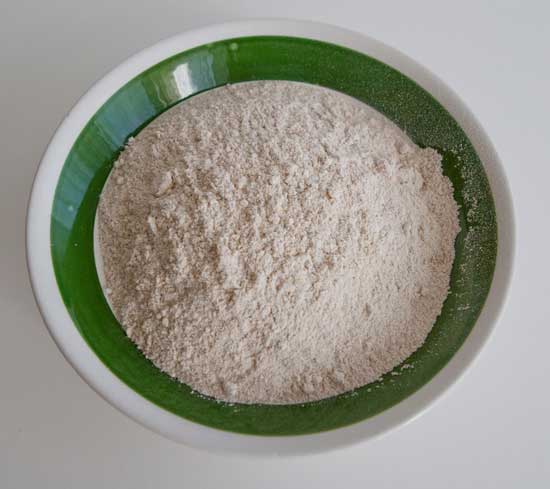 Tsampa is a roasted barley flour you won’t find in your corner market. There are a few shops we can recommend. Please let them know we sent you:

The butter and dried cheese which we refer to in the recipes comes from the milk of the female yak, the dri. We have not found any sources outside of Tibet that sell these. Tibetans in exile get them directly from relatives inside Tibet. However, we can substitute some hard western cheese for the dried dri cheese. Parmesan, Asiago, or Romano cheeses work fairly well, though they do not actually taste like dri cheese, which is quite unique. Still, the texture is close enough, and they work well as substitutes. 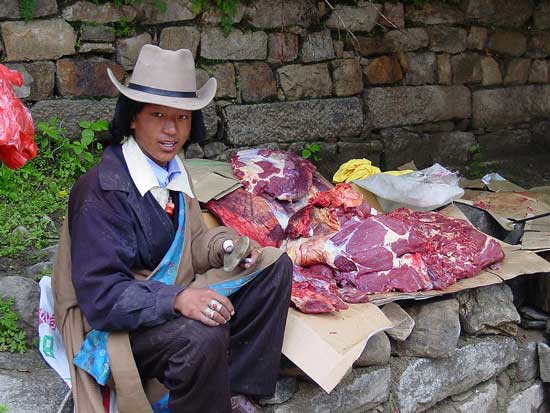 Yak meat is the most commonly eaten meat in Tibet, and is prepared any number of ways, including raw and dried, as well as in the popular momo dishes and noodle soups. The only way we know that we and others in the Tibetan community get yak meat is to go to Tibet or to get some dried yak from travelling Tibetans. As a substitute everyone uses beef, as we do here for our meat recipes. We have seen some yak meat for sale online but have not tried this ourselves. The meat is quite mild and lean. 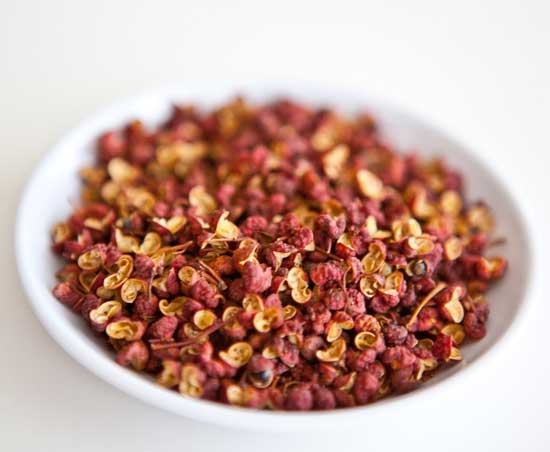 Tibetans often use this very tasty, tiny, slightly numbing and citrusy “pepper” in hot sauces, meat dishes and in trang tsel. It is commonly called Szechuan pepper, but is actually a fruit. You should experiment with very small quantities and grind the dried peppercorns very well with a mortar and pestle before using. Emma is sort of like Japanese wasabi in that you don’t want to get a big piece of it in one bite. The amounts we use in the recipes does not leave your mouth numb unless you happen to get a whole pod, which you can avoid by grinding the emma well and mixing the ground mixture well with the other ingredients. Look for dried “Szechuan” or “Sichuan” pepper or “prickly ash” in Asian food stores. We have not tried this shop so cannot give a recommendation, but we found emma for sale online. 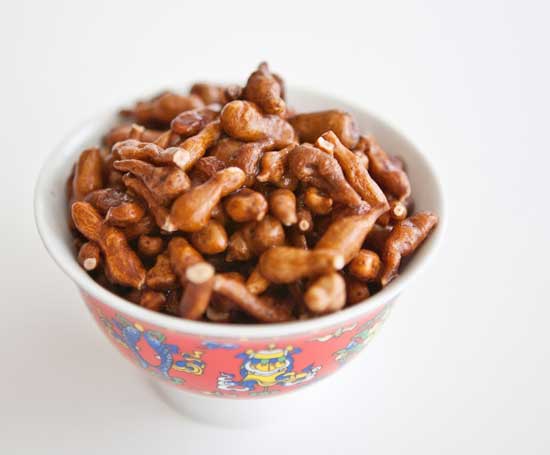 Droma is a small, highly nutritious root that is harvested on the grasslands of Tibet and eaten especially for Tibetan holidays, like Losar (Tibetan New Year). Unfortunately, it is another ingredient that we have not found except in Tibet or perhaps the markets of Nepal. Although droma is tasty and unusual (sort of similar to a tiny sweet potato), don’t worry if you can’t get it, since most Tibetans outside Tibet also don’t have good access to it. 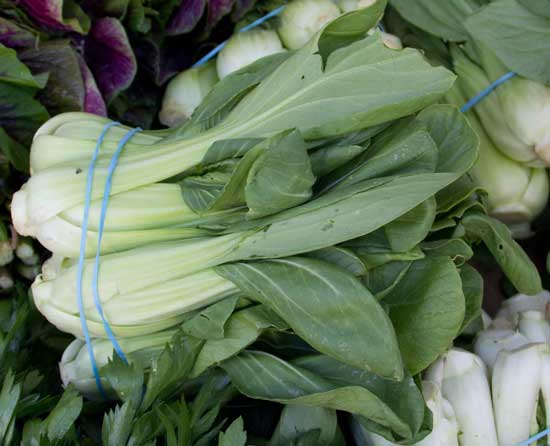 We use bok choy or baby bok choy in our momo recipes. Bok choy, also called Chinese chard or Chinese cabbage, is a crisp green with edible stems and leaves that is available in most Asian markets. As a substitute, you can use Napa cabbage, broccoli, Swiss chard, celery or collard greens. (We don’t recommend mustard greens.) Of course each of these will taste a bit different than bok choy, but what we’re aiming for when we add them to momos is a blended flavor with the meat or other vegetables, so it’s not a problem. 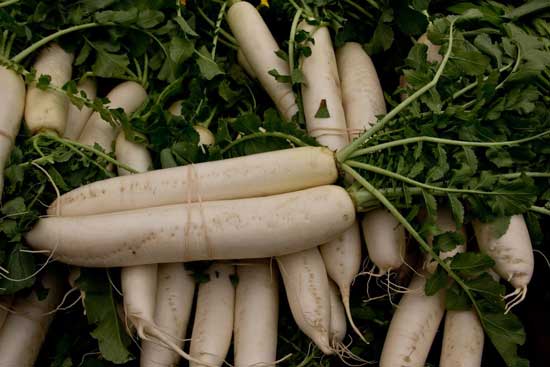 The large white radish that much of the world knows as daikon and that Tibetans call labu apparently originated in continental Asia. Tibetans use it in noodle soups, and cooked with yak, beef and mutton. Like bok choy, you can find daikon in almost any Asian food store. If you are not near one, there are substitutes. For our thenthuk recipe, you could use red radish or turnips. We have also used potatoes at times, though you have to be sure they don’t cook down too much. 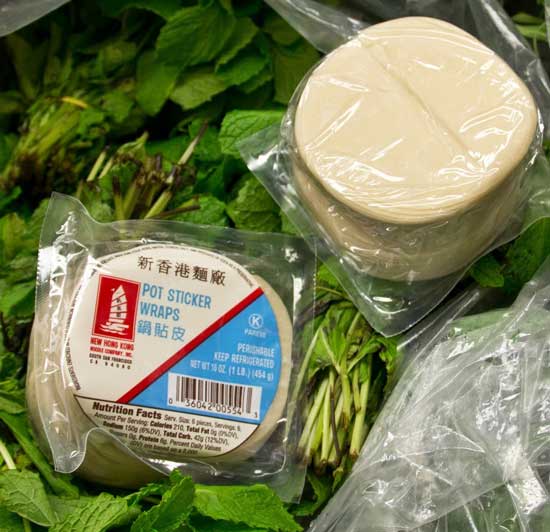 If you don’t have time to make the dumpling wrappers yourself, you can buy round dumpling wrappers in many major grocery stores. They might also be called wonton, potsticker, gyoza or shu mai wrappers. These will taste a bit different than the kind we make, but they will work. If needed, you can also buy square wrappers and cut the corners to make them round, or just experiment with square shapes. 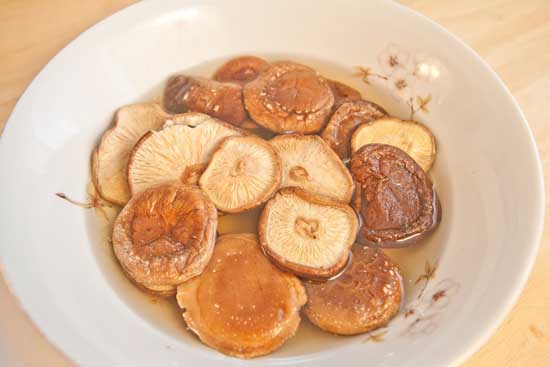 Learn how to bring joy to the people you love making your own delicious, authentic Tibetan meals. Tibetan Home Cooking is the only Tibetan cookbook full of photographs that go with each recipe for easy, step-by-step cooking. “I’m Lobsang Wangdu and I’m a Tibetan who loves to cook for my friends and family. Tibetan food is wonderful hot comfort food for both meat lovers and vegetarians, and you can easily learn to cook all the Tibetan favorites for yourself and your friends. I know this is true because I have done it myself. I learned to make my favorite Tibetan dishes like momos (dumplings) and sha balep (fried meat or veggie pies) by watching and helping some great cooks and then just trying the recipes myself.”

Reprinted with permission from Tibetan Home Cooking by Lobsang Wangdu and Yolanda O’Bannon and published by YoWangdu, 2018.