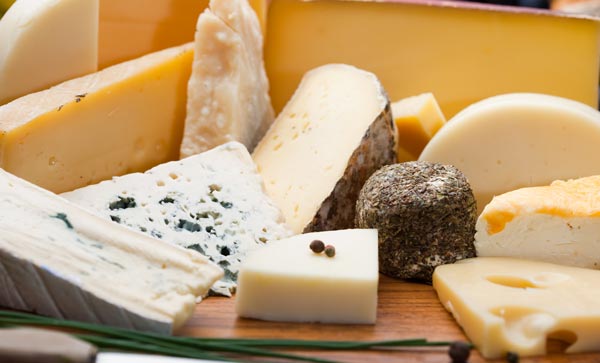 Chlorophylle/Fotolia
Get in the election spirit and vote for your favorite flavor of cheese.

With all the political rhetoric of 2012, why not get into the action and vote for some of your favorite foods as well? Getting into the spirit of the election year, Cheez-It crackers is asking Americans to support their favorite candidate by casting a vote for their favorite top cheese.

This year, eight flavors of Cheez-It crackers, such as Cheddar Jack and Italian Four Cheese, will be campaigning for the right to be named America’s “Top Cheese.”

Facebook users can choose their favorite flavor via www.Facebook.com/cheezit. Additionally, supporters can track voting and learn more about the candidates, including their positions on important issues, such as the proper amount of flavor – strong or mild.

The electorate has the opportunity to vote early and vote often for their favorite Cheez-It cracker flavor and stay informed with the latest election news. Consumers can watch video highlights of a debate featuring Carl Edwards, driver of the #99 Cheez-It Ford Fusion, as he questions the top cheese candidates on their agendas.

“While election years are historically a very divisive time, the Vote for the Top Cheese campaign is aimed to bring Americans together around a platform everyone can support – great flavor,” says Todd Penegor, president of Kellogg Snacks. “Through the eight Cheez-It cracker candidates and online debates, our goal is to leave Americans with a positive taste and perhaps expanded palate this election season.”

Cast a Vote for a Chance to WinConsumers also have the opportunity to forever be a part of Cheez-It history. The consumer who casts the most votes for the winning flavor in the election will win a four-year supply of Cheez-It crackers and have a chance to get their likeness featured on a select Cheez-It box.

In addition, voters can participate in election activities on Facebook, like playing a campaign themed game and participating in online polls. Seven runners-up will receive a one-year supply of Cheez-It crackers.

To cast your vote, visit www.Facebook.com/cheezit or www.Cheez-It.com before April 5, 2012.