Ice Boxes and the Pie Safe: Keeping Food Fresh During the Depression Era

Many people who lived out in the country in the depression era did not have electricity or gas. They did not have mechanical refrigerators or use ice boxes. The ice had to be shipped in on the train. A 100 lb. block of ice would be packed in sawdust and placed in a tow sack for shipping. Keeping fresh meat in the summer was a problem. In the summertime a farmer might kill a steer, divide it with his neighbors and take what was left over to town to sell. He would put the meat in a washtub shaded with a sweetgum limb to keep off the sun (and flies) and sell it from the back of his wagon. Housewives were anxious to get fresh meat so it had no time to spoil.

Containers of milk and butter were placed in pans of water. Fresh cool water from the well was drawn every hour or two. Bread and cake were placed in a pie safe – a cabinet with metal doors perforated in a design to allow air to circulate yet the food would be safe from mice or flies. The other food would usually be left in the cooking pots at dinner time, warmed up for supper and thrown out for dogs, hogs and chickens after the evening meal. There was no way to keep it from spoiling in the hot summer nights.

Eggs were fertile. No cook ever broke an egg directly into the mixing bowl. You tested it first in a saucer. There might be a baby chicken developing in the egg.

Margarine – oleomargarine – released thousands of acres of pasture land for other uses. Grazing land was needed to produce the nation’s butter supply. Country families were slow to accept this new spread for hot biscuits. We were used to shortening in the store and this butter substitute was sold in a pound block and looked like shortening. You were required to mix the enclosed dry orange coloring yourself into the margarine until it became the color of butter. This took a little time and skill as often there would be a streak of orange that you hadn’t blended in. 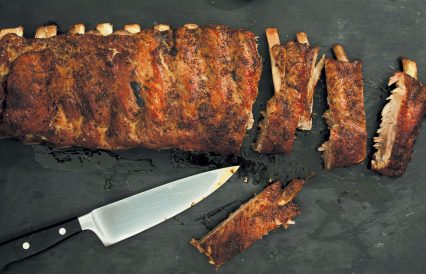 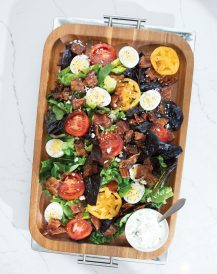 Shake up the breakfast menu with this recipe that combines sausage, flatbread, and fried eggs for a delicious morning meal. 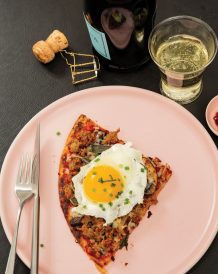