The Folly of Daylight Saving

The recent change of the clocks to an hour earlier got me to thinking, “How in the world did such a thing come about?” As we all know the clock doesn’t mean a whole lot to people on a homestead, ranch or farm. Chickens still need to be fed, cows milked, fields plowed and so forth. None of this is by the clock and certainly the animals don’t care a fig for what time it is. They have one time: feeding time and that’s that.

So what’s the point? I decided in my own mind that daylight saving time. (And by the way it’s daylight SAVING time not daylight SAVINGS time) (really, Renee? does anybody care?) is for city dwellers who have to punch a clock. On the ranch we still get up at the same time. The clock just says something different now.

So I looked into it for my own education and I thought you might be interested in what I found. 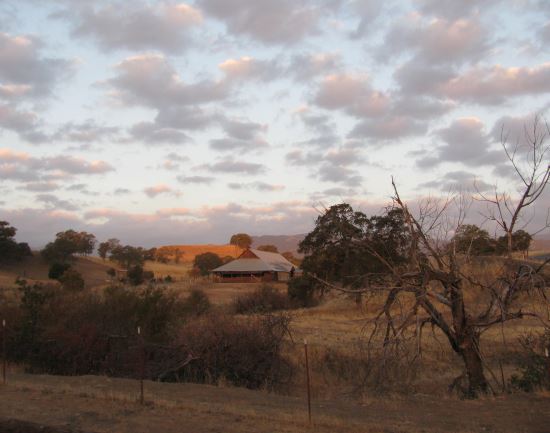 Benjamin Franklin did not originate the idea of moving clocks forward. By the time he was a 78-year-old American envoy in Paris in 1784, the man who espoused the virtues of “early to bed and early to rise” was not practicing what he preached. After being unpleasantly stirred from sleep at 6 a.m. by the summer sun, the founding father penned a satirical essay in which he calculated that Parisians, simply by waking up at dawn, could save the modern-day equivalent of $200 million through “the economy of using sunshine instead of candles.” As a result of this essay, Franklin is often erroneously given the honor of “inventing” daylight saving time, but he only proposed a change in sleep schedules – not the time itself.

The person who actually did was Englishman William Willett. While on an early-morning horseback ride around the desolate outskirts of London in 1905, Willett had an epiphany that the United Kingdom should move its clocks forward by 80 minutes between April and October so that more people could enjoy the plentiful sunlight. The Englishman published the 1907 brochure “The Waste of Daylight” and spent much of his personal fortune evangelizing with missionary zeal for the adoption of “summer time.” Year after year, however, the British Parliament stymied the measure, and Willett died in 1915 at age 58 without ever seeing his idea come to fruition.

Daylight saving time in the United States was not intended to benefit farmers, as many people think. Contrary to popular belief, American farmers did not lobby for daylight saving to have more time to work in the fields; in fact, the agriculture industry was deeply opposed to the time switch when it was first implemented on March 31, 1918, as a wartime measure. The sun, not the clock, dictated farmers’ schedules, so daylight saving was very disruptive. Farmers had to wait an extra hour for dew to evaporate to harvest hay, hired hands worked less since they still left at the same time for dinner and cows weren’t ready to be milked an hour earlier to meet shipping schedules. Agrarian interests led the fight for the 1919 repeal of national daylight saving time, which passed after Congress voted to override President Woodrow Wilson’s veto. Rather than rural interests, it has been urban entities such as retail outlets and recreational businesses that have championed daylight saving over the decades.

For decades, daylight saving in the United States was a confounding patchwork of local practices. After the national repeal in 1919, some states and cities, including New York City and Chicago, continued to shift their clocks. National daylight saving time returned during World War II, but after its repeal three weeks after war’s end, the confusing hodgepodge resumed. States and localities could start and end daylight saving whenever they pleased, a system that Time magazine described in 1963 as “a chaos of clocks.”

In 1965, there were 23 different pairs of start and end dates in Iowa alone, and St. Paul, Minnesota, even began daylight saving two weeks before its twin city, Minneapolis. Passengers on a 35-mile bus ride from Steubenville, Ohio, to Moundsville, West Virginia, passed through seven time changes. Order finally came in 1966 with the enactment of the Uniform Time Act, which standardized daylight saving time from the last Sunday in April to the last Sunday in October, although states had the option of remaining on standard time year-round.

Not everyone in the United States springs forward and falls back. Hawaii and Arizona – with the exception of the state’s Navajo Nation – do not observe daylight saving time, and the U.S. territories of American Samoa, Guam, Puerto Rico, the Virgin Islands and the Northern Mariana Islands also remain on standard time year-round. Some Amish communities also choose not to participate in daylight saving time.

Evidence does not conclusively point to energy conservation as a result of daylight saving. Dating back to Willett, daylight saving advocates touted energy conservation as an economic benefit. A U.S. Department of Transportation study in the 1970s concluded that total electricity savings associated with daylight saving time amounted to about 1 percent in the spring and fall months. As air conditioning has become more widespread, however, more recent studies have found that cost savings on lighting are more than offset by greater cooling expenses. University of California Santa Barbara economists calculated that Indiana’s move to statewide daylight saving time in 2006 led to a 1-percent rise in residential electricity use through additional demand for air conditioning on summer evenings and heating in early spring and late fall mornings. Some also argue that increased recreational activity during daylight saving results in greater gasoline consumption.

So there you have it. The exercise in silliness (in this writer’s opinion) continues on. Maybe we could change? I recall something Margaret Mead, the well-known anthropologist, said, “It’s easier to get people to change their religion than their eating habits.” I extrapolate to Daylight Saving Time. I’ll wager now that we’ve done it so long that it will be troublesome to get rid of it. In the meantime, we farmers, homesteaders and ranchers will continue: Business as usual!