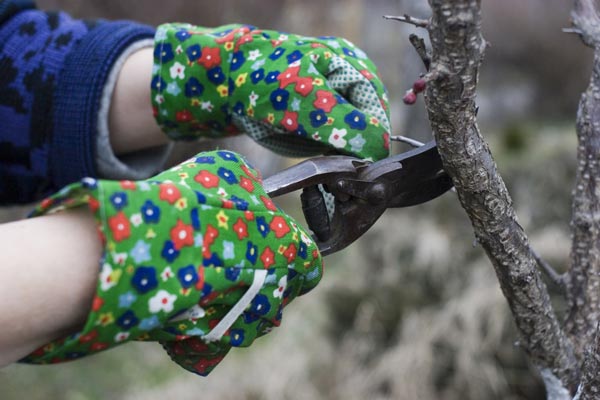 Miroslava Arnaudova/Fotolia
The month of February is a good time to prune your fruit trees, to get them ready for the upcoming spring season.

If you’ve ever thought about it, February is an odd month. It’s almost as though it were a last-minute addition to the calendar to make up for some sort of sidereal miscalculation. It’s the shortest month of the year with 28 days, and every four years, an extra day is thrown in.

A couple of odd events also take place in February. On Groundhog’s Day, we wait for a rodent to predict the weather, and on Valentine’s Day, love is symbolized by giving flowers, even though most gardens are in deep sleep.

This month is almost a tease to gardeners. Mild, springlike temperatures get gardeners in the mood to play in the soil again, but a quick drop in temperature drives us back inside until the next band of warm winds arrive.

While the weather is still too unpredictable to start this year’s gardening at a full gallop, there are a few chores that can be done to benefit the coming season.

Speaking of mulching, I received a letter from Frances, of Gordon, Neb., who says she’s having trouble getting the ever-bearing strawberries in her garden to produce.

All of us who live in a climate that experiences freezing temperatures will mulch our strawberry plants with some type of material to protect them from winter damage. Here’s a tip that might help gardeners in areas that experience erratic weather swings in the spring: leave the mulch in place longer than you normally would think is necessary.

The mulch on strawberry plants can have a twofold effect on the fruit. Of course, the first is to protect the plant. But leaving the mulch in place later into the spring will keep the soil temperatures cool, which prevents the plants from growing too early in the spring season. Strawberry production is often hampered by damage that occurs on a cold spring day once the plant returns to life.

I’m not a big fan of ever-bearing strawberries in my area of the country. It sounds great to have the harvest spread out during the season, but it’s apparent in Kansas that a June-bearing variety will produce a better harvest. This is strictly a matter of the weather. Ever-bearing plants do not produce a big spring harvest since they were developed to produce several times throughout the growing season, and the hot, dry conditions of Kansas summers are not conducive to good strawberry production.

The lack of fruit production may be due to other problems, such as soil fertility, but these are issues that can be addressed without a soil test.

Gardening is not a hobby where success comes without failures. But if it were, would we realize the satisfaction that we receive?