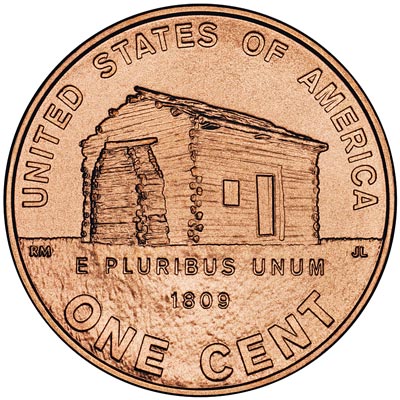 NEW CHANGE: The first of the new penny designs features a log cabin on the “tails” side.
2 / 4 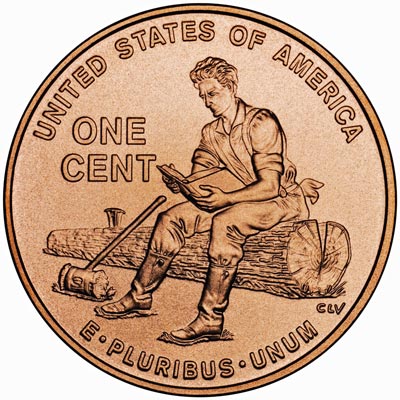 TAKING A BREAK: One of the new penny designs depicts a young Abraham Lincoln reading during a break from his work as a rail splitter.
3 / 4 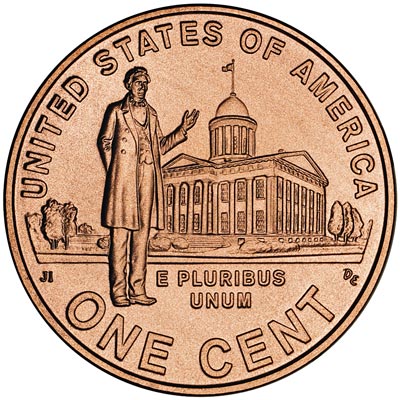 PROFESSIONAL LIFE: The third penny design finds Abraham Lincoln standing before the Illinois state capital building in Springfield. He was elected to the Illinois General Assembly in 1834. In 1836, he received a law license and embarked on a career that would propel him to the White House.
4 / 4 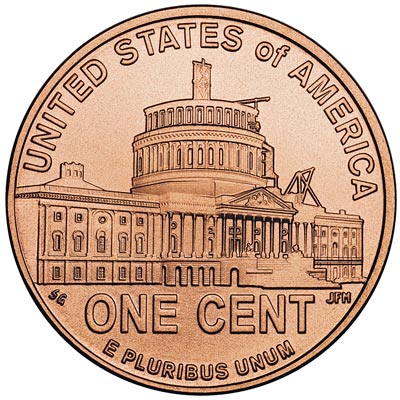 UNDER CONSTRUCTION: The final design in the series of pennies depicts Lincoln’s presidency with a half-finished United States Capitol dome. The image symbolizes a nation torn by civil war and the resolve Lincoln showed.
❮ ❯

The U.S. Mint has released the first of four new penny designs that celebrate the bicentennial of President Abraham Lincoln’s birth and the 100th anniversary of the first issuance of the Lincoln cent.

The penny features a log cabin on the “tails” side. The image represents Lincoln’s humble beginnings in Kentucky, where he was born Feb. 12, 1809, in a log cabin near Nolin Creek.

The other three coins, to be released each calendar quarter this year, will also feature new “tail” sides. The second coin shows Lincoln’s formative years in Indiana, depicting a young Lincoln taking a break from work as a rail splitter.

The third coin represents Lincoln’s professional life in Illinois, and presents him standing before the state capitol building in Springfield. In 1834, he was elected to the Illinois General Assembly and began studying law. In 1836, he received a law license and embarked on a career that would propel him to the White House.

The fourth coin represents Lincoln’s presidency. It features the half-finished United States Capitol dome, symbolizing a nation torn by civil war and the resolve Lincoln showed. It was in front of the rising dome that he began his presidency, and under its completed top that his body lay in state following his assassination.

A reader recounts a story about an unexpeceted speech her uncle had to give at his graduation.