Volunteers turn mother’s yarn into ‘going away’ gift for children 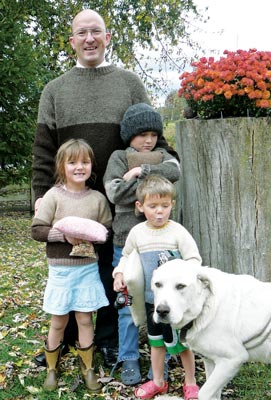 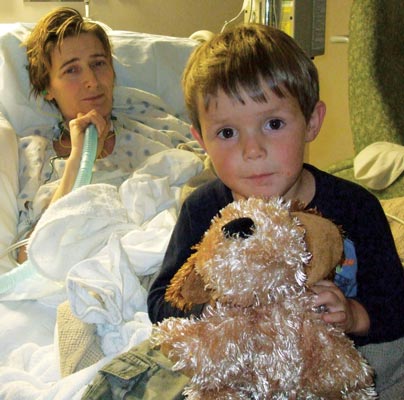 TOGETHER: Youngest son Liam was among Elizabeth McCaslin’s visitors during her stay in a hospice center.
Shaun McCaslin
3 / 5 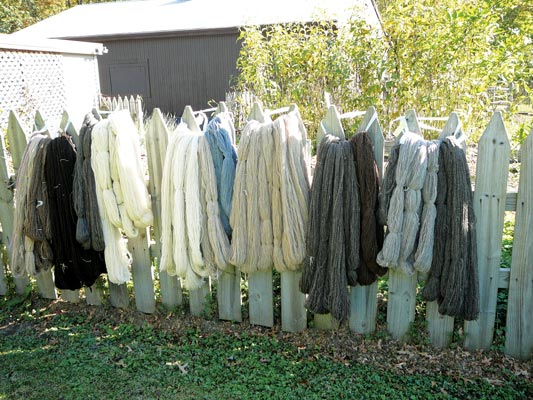 A MOMENT IN THE SUN: Yarn dries on a fence after being washed.
Chris Spitzer
4 / 5 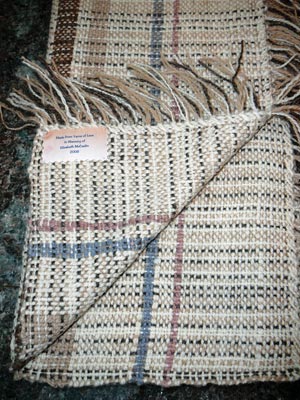 A LASTING GIFT: Some of the yarn became prayer shawls.
Chris Spitzer
5 / 5 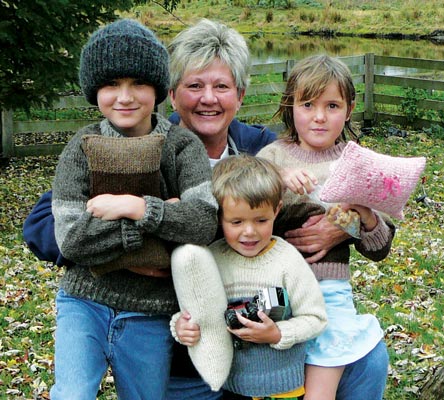 This is the story of an outpouring of love from people united by the common thread of being part of one cloth we call humanity.

Elizabeth McCaslin, of Hartville, Ohio, came into my life about eight years ago. She was interested in rare breeds of sheep, and we were both active in promoting the CVM/Romeldale (California Variegated Mutant) breed. She was a young, intelligent, happily married mother, and, like many of us, a “fiberholic.”

She received a diagnosis of having an incurable, fast-growing cancer. Almost immediately, it took away her voice. She could only communicate via the written word or the computer.

When pain prevented her from sleeping at night, she would e-mail me, and we would chat about our sheep. She wanted to make sweaters for her family from her sheep’s wool, to use her roving – the prepared strands of fiber from which yarns are made – to create the garments. Yet, she realized she wouldn’t be able to do so.

“Do you know of some women who could help me spin and knit my roving into sweaters for my family?” she wrote. “That would be the perfect ‘going away’ gift.”

Reading her message, tears came to my eyes, and I assured her the wish could come true.

McCaslin had been fighting the cancer since last spring. When I started the project, I had no idea there would be less than a month to gather volunteers to spin, ply, wash and knit the sweaters. McCaslin and I met at her home in September to go through her roving.

She and her oldest son, Cade, 8, had spun up a roving together, and she wanted that incorporated into his sweater. He also wanted part of his favorite sheep, “Cow,” to be included.

For daughter Aryn, 5, a pink roving would be spun into yarn and knit into her sweater. Her youngest, 3-year-old Liam, would have a soft baby blue. For her husband, Shaun, she chose brown and a variegated gray and brown roving. I left with some 50 pounds of roving to distribute to helpers.

I appealed to my “spinner” friends for help. One of them, a member of the Medina Spinning & Weaving Guild, was instrumental in getting out the word, organizing things and distributing the roving. At least 35 people volunteered, even though none knew McCaslin.

The roving was divided up, and each spinner knew for whom she was spinning. They were to return the spun yarn within a week.

Amazingly, all the single-ply yarns were back on time. Next was a plying party, and then the plied yarns were washed and ready. Someone suggested prayer shawls be made, because the children would quickly outgrow the sweaters. A poem was written for inclusion on tags with the shawls:

If you are feeling sad or lonely, upset or blue, wrap me around you, because I’m storing all Mom’s hugs for you.

The same October day that the yarn was finished, I learned from Shaun McCaslin that his wife had been admitted to a hospice center. Four days later, she peacefully passed away.

After I received the news that Monday morning, a new level of resolution came upon me. The funeral would be at the end of the week, and I was determined the sweaters would be done by then.

The knitting machine volunteers began knitting the sweaters, and one gal asked if she could also knit “hug pillows” for the children. After all, little children need something to hold on to, especially when they feel sad.

That Friday morning, I picked up the finished pillows and sweaters and drove them to the McCaslins, the gifts arriving just before the private showing for the family. The prayer shawls would arrive in November.

I will never forget the family’s reaction when I brought in the gifts. I’m not sure who was more excited – the husband or the children. The family made a handsome group in their sweaters, the children clutching their pillows as if they were squeezing their mother. Cade ran upstairs and came down in his sweater, hugging his pillow, and wearing a hat and scarf his mother had knit for him. It was as if he was wrapping her love around him.

It was all I could do not to cry. The going away gifts from Mom had arrived on time.