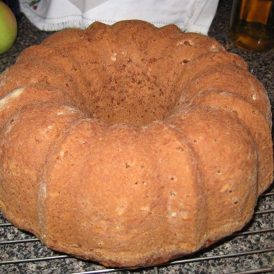 With the 60 or so pounds of apples we picked from wild and abandoned trees this year, I have had to reach pretty far into my recipe box to use them up. A friend gave me her Aunt Fran’s apple cake recipe years ago. Her aunt would be over 100 if she was alive today, so I think the recipe dates ... 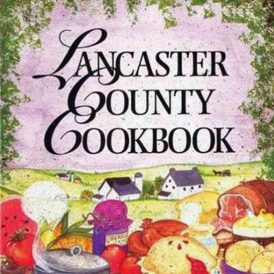 Our family has a Valentine’s Day tradition. My husband and I “date” throughout the year. We choose to spend Valentine’s Day with our children. To make it special, we all plan the menu with input from each family member. We keep it simple so that prep time and clean up is easy and then ... 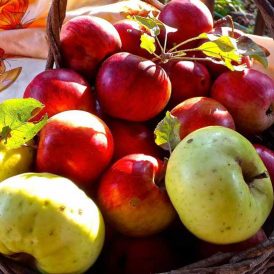 Apples: The Jewels of Fall

Fall is in full swing, and a late-autumn snow storm reminds me of what a fleeting season autumn really is … it only lasts a short time here in the crisp, Ontario country air. Before you know it, the brilliant trees are bare and the leaves make a glowing carpet of red, gold and orange on the ... 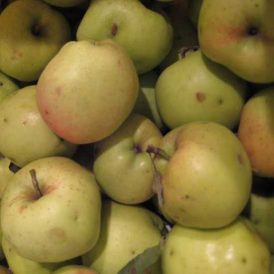 Last year we picked about 25 pounds of apples from two abandoned fruit trees in our city. Both trees were in busy areas, but the free fruit they had was overlooked by everyone who passed by but me, I guess. We didn’t waste any of those apples, eating as many we could stand and canning the ... 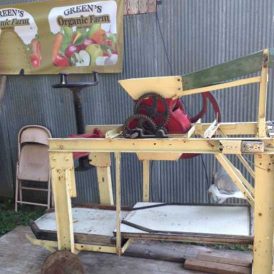 Dad planted our front yard to an orchard in 1971. I remember the year well because it was one year after I was married in that same front yard. The siblings were all a bit disappointed to lose the football field. There are about 100 fruit trees out there and, although there have been minor ... 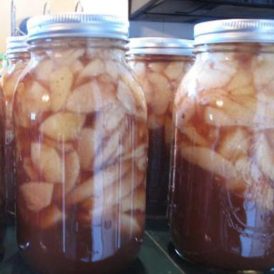 I have written about the 25 pounds of apples we gleaned from abandoned local apple trees. Because we have no real root cellar or good cold storage, our next step was to figure out how to preserve them.I looked through Grandma’s 1931 Successful Farming Cookbook and through all of her ... 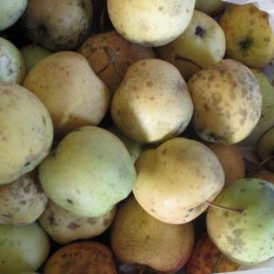 One of my favorite memories of going to Grandma and Grandpa’s house is eating Grandma’s currant jelly. I remember the beautiful color and the so-sweet but so-tart taste like it was yesterday. Much as I would like to have my own currant bushes, Jim and I haven’t put in any fruit trees. We ... 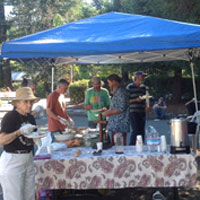 Putting the Garden to Bed

In the summer of 1971 when I was 25, I made friends with two old farmers, brothers who had fled a broken Germany after “The War to End All Wars,” as some called World War I. They were old enough to be my grandfathers and spoke with heavy accents, but they were my heroes. I had wanted to be ... 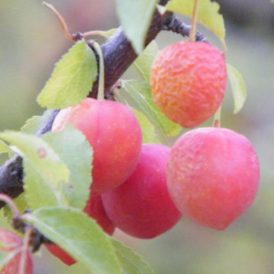 I used to wonder as a kid how people ever found enough to do before there were printed books readily available or television. I did not have television until I was probably about 12 or 13, but even then I knew that women in ‘the olden days’ didn’t go to school during the winter as I did. ... 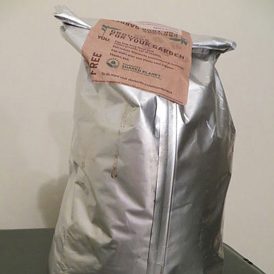 (A Sidetrack from the Story of our Farm)My daughter-in-law, Nancy, loves Starbucks, and especially now that she has moved to Estes Park where she can drink it with her hubby, Todd, while sitting by the Big Thompson River. I believe I have only had two Starbucks coffees in my life, but I often ...