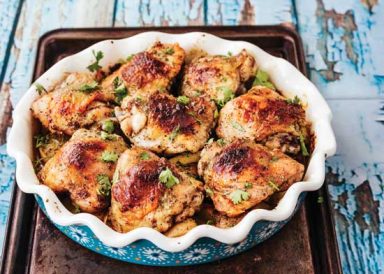 Photo by Getty Images/Ravsky For more supper idea recipes, see Simple Ideas for Supper.Traci Smith is a Capper's Farmer editor. With access to thousands of archived recipes from the magazine, she's always trying something new. 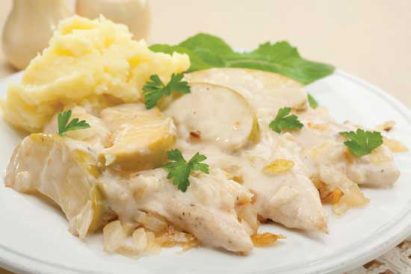 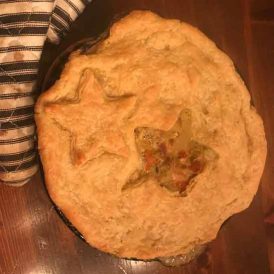 Chicken potpie is one of those comfort foods we all know and love. However, I was not aware until recently how few people actually make them from scratch anymore. From talking to different people, I’ve realized most think that this classic is difficult or time consuming. But it does not ... 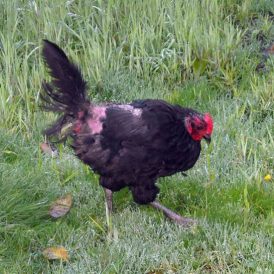 Help, My Birds are Naked

MoltingMolting is the process of shedding and re-growing feathers. Both female and male birds molt. During the molt, egg production and male fertility decrease or cease. The first molt doesn't occur until the birds are going through their second autumn as adolescence is the start of adult ... 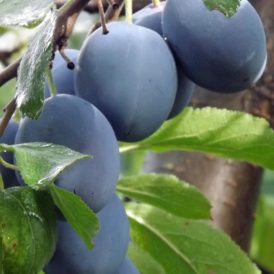 It happened that day just as it did almost every other day. "Mom," said 10-year-old Tristan as he walked in the door from school, “I want an iPod. Even Sophia in Grade 2 has an iPod." Cody echoed Tristan's sentiments. "I'm the only one in my class without a phone," said the 12-year-old. And ... 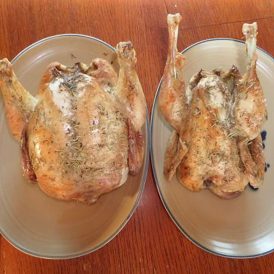 When we set out to raise our second batch of broilers last fall, I really wanted to try out another breed. We had previously raised the Cornish Cross that we ordered from a hatchery out of Missouri.That breed is fantastic for marketing a pastured broiler. With the large breasts and great size, ... 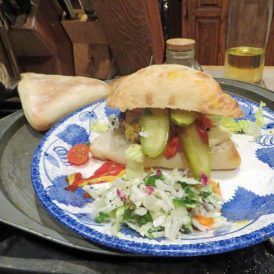 Everyone looks for shortcuts in the kitchen especially during the weeknights. I suggest you pick up a package of broccoli slaw or even prepared coleslaw and have it as a staple in your kitchen. It is affordable, the work is done, and it is delicious.When I'm busy on the farm, I like to have ... 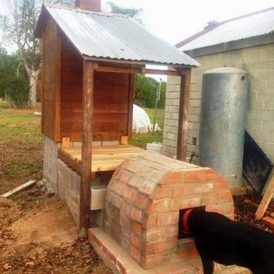 When my husband, Kevin, told me he wanted to build a smokehouse, I was a bit apprehensive because I wasn’t sure I liked smoked meat enough to do large quantities for our family of two. Being a homesteader and a Googler, I looked up other things besides meat that we could smoke and found that ... 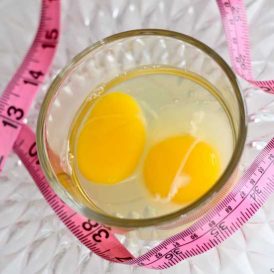 How do double yolks happen? My mama’s hen, named Bobby Lou, laid a huge egg recently and set me to wondering how she did that. So, I contacted my blog friend, Lara, who works for Minnesota Poultry. She knows all sorts of cool things about turkeys and chickens. I love getting together with ... 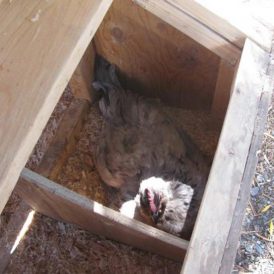 We had been gifted recently with a rare sweet rooster and his companion hen. They are both “Heinz” chickens from a neighbor’s flock that needed to downsize after a glut of spring hatchlings. We had some room so we took them and all was well for a few weeks. Then one day I noticed the ... 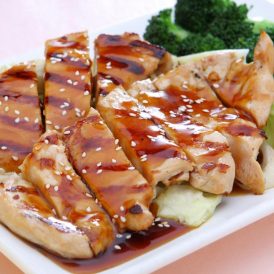 The month of May sees guests at our ranch every weekend. This last month we were very busy, but we were especially busy this last week. We had to get though The Punch List for the first weekend of guests. Well, we did, but I tell you not much else got done. Among the many things we did: ... 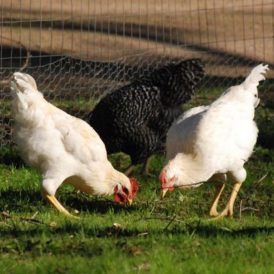 Raising meat animals isn't for everyone. There are some who have accused me of animal cruelty for raising and butchering animals. Others have said they don't understand how I can kill an animal. I know where some of my detractors are coming from. The idea of eating an adorable, fuzzy little ... 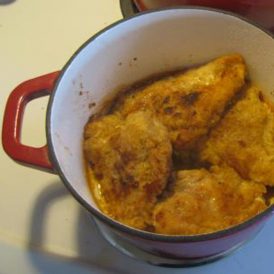 When I was a kid a bazillion years ago we would often visit my Gramma Frieda in Illinois. She was born and raised there, a daughter of a prosperous German farmer and married to the son of a Lutheran minister. She was not excessively religious but she was a terrific cook. I have mentioned her ...